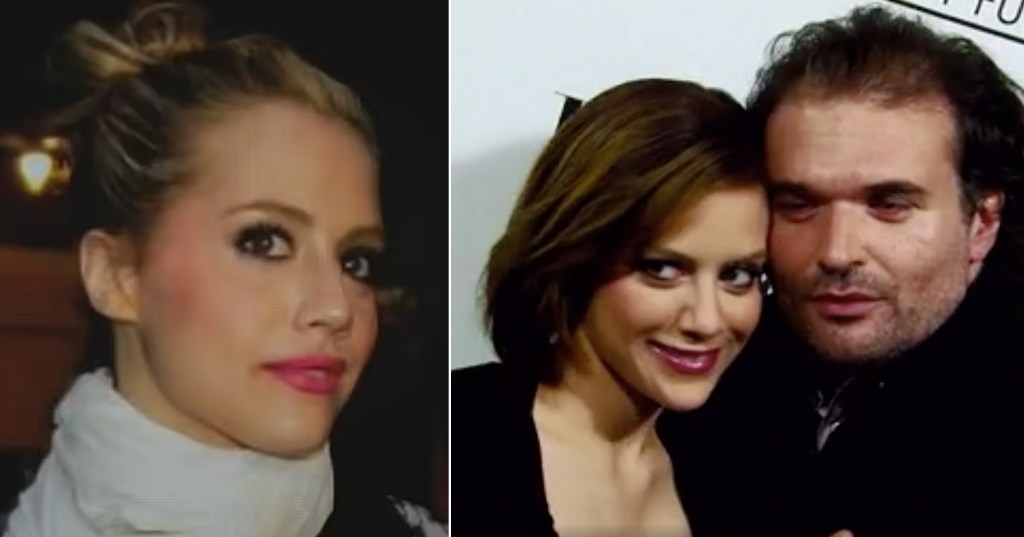 Brittany Murphy’s life and shocking death is thoroughly explored in HBO Max’s documentary, however, viewers might find themselves surprised by what is uncovered in the investigation.

In many ways, What Happened, Brittany Murphy? turns out to be more of an exploration into the life (and many lies) of her screenwriter husband Simon Monjack, who died months after the Clueless actress.

Ever since the beloved actress died, fans have been convinced that there must have been more to the story after 32-year-old’s cause of death was classed as pneumonia.

However, the Cynthia Hill directed project takes a look at the way the final few years in Murphy’s life made it possible for such a seemingly treatment illness would be the reason she died.

Here are the most shocking moments and reveals from the HBO Max two-parter.

Brittany Murphy’s death was due to pneumonia

As many fans will know, officials declared Clueless star’s death was caused by pneumonia, anaemia and excessive use of prescription medications.

However, in the years that followed many have speculated that she might have been poisoned.

The documentary has experts explain why the theory doesn’t hold because the different metals weren’t found in the root, meaning they most likely came from her hair dye and products.

Instead, the investigation attempts to suggest that Murphy’s health had been on a decline ever since she became noticeably thinner in the later years of her career.

The Los Angeles County coroner determined that ‘not eating’ enough food was a likely cause of her severe levels of anemia.

Elsewhere it is also argued that her husband seemed to foster a hom environment in which the actress wasn’t getting the medical help she needed.

Multiple people interviewed for the film reported seeing Murphy high and glassy-eyed, alleging that she and Monjack would stay up all night doing downers and then take stimulants in the morning to stave off exhaustion.

It’s suggested that the mix of substance abuse, lack of care for herself and not seeking medical help caused the perfect storm for her shocking death.

Monjack’s former fiancée Elizabeth Ragsdale stated: ‘Even if he did not kill Brittany Murphy, he allowed her to die because he did not get her to the doctor and get her help.’

Indeed, her husband, unknown screenwriter Simon Monjack, was found dead in the same house, from the same cause, five months later.

The surprising call Simon Monjack made after his wife’s death

Monjack answered the door when she rang the bell and the journalist recalled: ‘I said, “Merry Christmas. I’m just so sorry about Brittany”. I said, “My card’s there if you want to talk but no pressure.”‘

Less than an hour later, Monjack did call and he soon began to share details about his life with Murphy with the journalist.

He was the one who even suggested that he would give the press a tour of the home which Murphy had died in.

Monjack was a serial liar

Prior to Monjack’s relationship with Britany, he met filmmaker Allison Burnett at a dinner party, where he told guests that he was a billionaire with the world’s largest collection of Vermeers and that he had dated Elle MacPherson and Madonna.

He also claimed that he’d been dying of brain cancer until he purchased a treatment derived from shark fins that saved his life.

Elsewhere in the documentary, Ragsdale says that Monjack told her he was suffering from spinal cancer and needed shark cartilage treatments in order to recover.

However, after he abanded her and his child, a phone call with Monjack’s mother, Linda Monjack, made her realize it was all a lie.

Linda was interviewed for the project and claimed her deceased son had developed extreme paranoia after his own father’s death of cancer.

She stated: ‘I certainly don’t think he went out to tell people he had cancer. I think he believed it.’

One big conclusion drawn from the project is that Murphy’s svengali husband, a British screenwriter and aspiring filmmaker, was little more than a con man.

Friends held a failed intervention about Brittany’s relationship with Simon

As information about Monjack’s questionable past came to light, friends reportedly held an intervention at Murphy’s home.

They provided documents to the actress and her mother showing that Monjack was in trouble with the law by outstaying his visa, as well as other information that had been revealed to the tabloids.

Unfortunately their warning didn’t work as Muprhy and her mom claimed they completely trusted Monjack.

After that, Monjack began to cut Muprhy off from her friends and soon took over as her manager, publicist and even her makeup artist.

He took over her email account and confiscated her phone, and also assumed complete control of her money.

One of the surprising revelation from the HBO Max documentary was just how quickly Monjack spent his wife’s money – and the ways he hid it from her family.

‘He lived off this girl who had worked her heart out for every penny she had,’ one interviewee stated.

Following Monjack’s death, Sharon Murphy asked her publicist to pawn jewelry that Monjack had given Murphy so that she could pay bills.

Roger Neal explained that the items turned out to be fake and worthless. Murphy’s mother also realised that his claims of having multiple property and stocks had also been a lie, leaving her penniless.

Monjack has two secret children with two other women

Before she died, Murphy had no idea that her husband had fathered two children earlier in his life.

His first child, a daughter named Jasmise, grew up with her mother in England and he sent funds to help her attend private school.

Meanwhile, he shared a son with Ragsdale. After he ditched her in the late stages of her pregnancy, Ragsdale chose to raise her child Elijah in Paris.

Monjack finally contacted her again in 2007, right after he became engaged to Murphy.

He offered to buy her a house, something she believed was an unspoken way to buy her silence.

‘The stakes were a lot higher with him being married to Brittany,’ Ragsdale explained. ‘He didn’t want anybody to know I was out there with his son.’

Before she died, Murphy had spoken of her dream to start a family with her husband.

Both episodes of What Happened, Brittany Murphy? is available on HBO Max in the US.