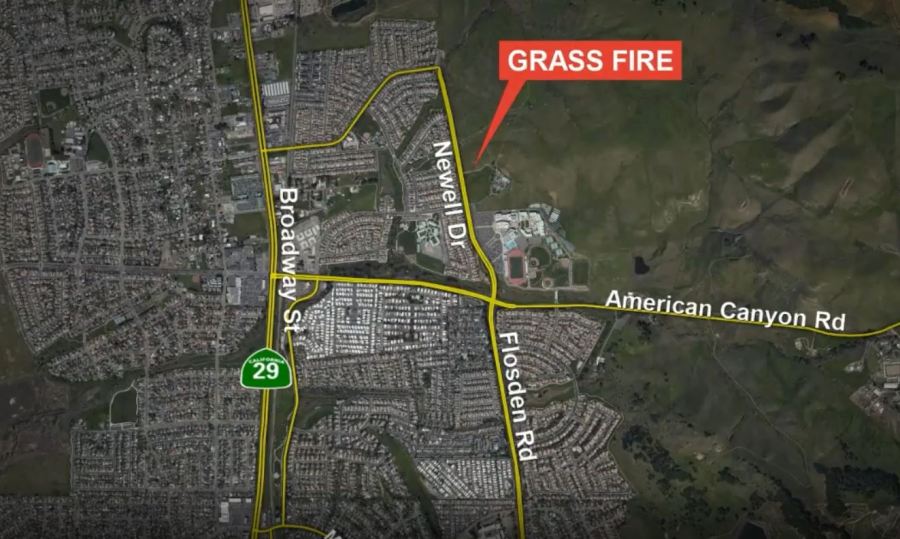 Around 6:30 p.m., Cal Fire officials posted to Twitter reporting the blaze in the area of the 4000 block of Newell Dr.

The fire has burned 150 acres and is currently 50% contained.

Cal Fire says that forward progress has been stopped.

The Napa County Sheriff’s Office issued evacuation warnings which have since been lifted.

However, American Canyon Road remains closed at this time.

Authorities advise residents to use caution in the area.

No injuries have been reported, according to officials.

Smoke from this fire can be smelled in Oakland, according to the fire department.

Fire crews in Oakland, Berkeley, and Contra Costa have confirmed that those areas are clear and the smoke is coming from American Canyon.

The cause of the fire is unknown at this time.

Check back for updates as this is developing.