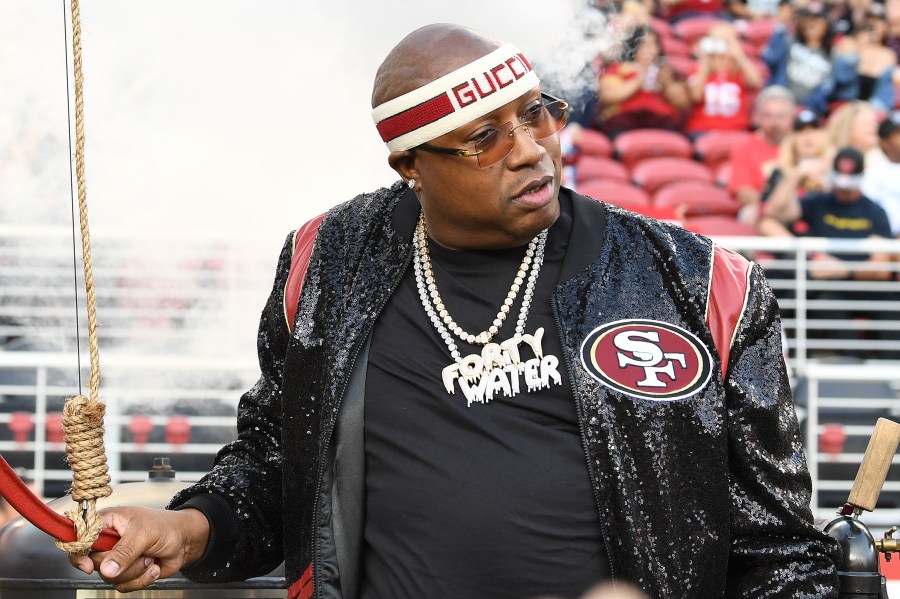 The Vallejo native hyped up the crowd before Game 2 of the National League Division Series between the Los Angeles Dodgers and the San Francisco Giants.

“Beat LA! Beat LA!” he chanted as the crowd joined him.

The Giants look to get a 2-0 series lead Saturday night before heading down south for Game 3 Monday at Dodger Stadium.

E-40 is known to show love to Bay Area sports teams like the Golden State Warriors and the San Francisco 49ers.

In 2019, E-40 dropped a single “Niner Gang” when the Niners were the only undefeated team in the NFL at the time.