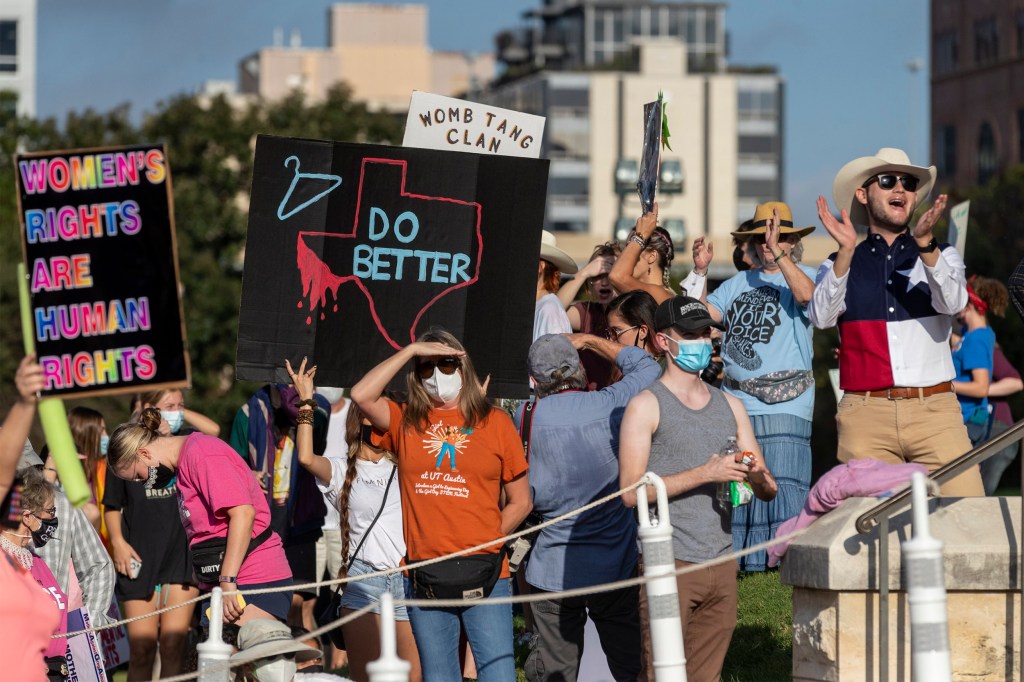 A federal judge has issued an order blocking Texas’ restrictive six-week abortion ban – but the battle isn’t over as the state plans to take the matter to an appeals court.

In the decision on Wednesday, US District Judge Robert Pitman granted a request from the Justice Department, which brought the lawsuit, to block Senate Bill 8. The law that went into effect on September 1 bans abortions after a heartbeat can be detected, which is usually six weeks into pregnancy.

‘From the moment SB 8 went into effect, women have been unlawfully prevented from exercising control over their lives in ways that are protected by the Constitution,’ Pitman wrote.

‘That other courts may find a way to avoid this conclusion is theirs to decide; this Court will not sanction one more day of this offensive deprivation of such an important right.’

Hours after Pitman’s decision, Texas officials made it clear in court filings and public statements their intention to appeal.

‘We disagree with the Court’s decision and have already taken steps to immediately appeal it to the Fifth Circuit Court of Appeals,’ Texas’ Republican Attorney General Ken Paxton tweeted on Thursday morning.

‘The sanctity of human life is, and will always be, a top priority for me.’

Texas’ law does not exempt women who got pregnant through rape or incest. Additionally, it allows people to sue doctors or anyone who ‘aids or abets’ in abortions being performed. Plaintiffs can win $10,000 if they are successful in their suits, which critics argue encourages anti-abortion activists to act as bounty hunters.

In a press gaggle aboard Air Force One on Thursday afternoon, White House Principal Deputy Press Secretary Karine Jean-Pierre said the judge’s ruling ‘is an important step forward toward restoring the Constitutional rights of women across the state of Texas’.

‘The fight has only just begun but in Texas and many other states in the country… women’s rights are under attack, that’s why the president supports codifying Roe v Wade,’ she said.

Jean-Pierre was referring to the Supreme Court’s 1973 decision that enabled women to elect having an abortion until a fetus is viable or able to survive outside the womb, which typically occurs 22 to 24 weeks into pregnancy.