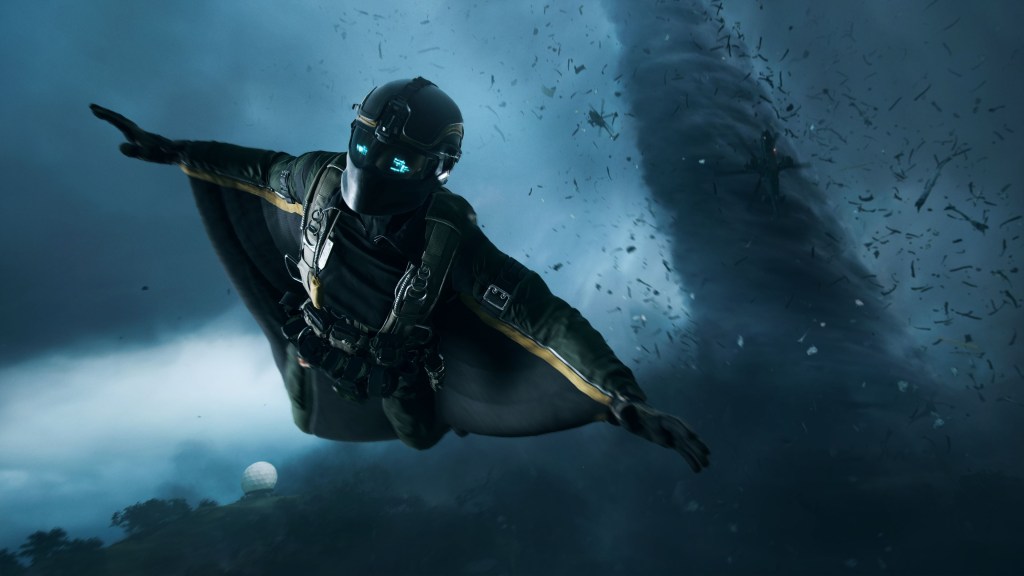 The Thursday Inbox asks which is the best recent Metroidvania game, as another reader recommends Cruis’n Blast.

Beta alright
So I’ve put in a couple of hours on the Battlefield 2042 open beta (I have access to EA Play) and I’ve got to say I’m impressed. Sure, you could say it’s just more of the same but I don’t know what sequel that wouldn’t apply to. The huge map and number of players, the weather effects, the destructibility, it all seems like good stuff to me.

The near future setting is cool too and a hell of a lot more interesting than Call Of Duty this year, but I get the feeling most people came to that conclusion long before now and the open beta is barely even necessary. I’m curious as to why we haven’t learnt what Hazard Zone is yet though. I wonder if that’s been delayed and will be added later as DLC.

I’d be fine with that, in terms of waiting until it works properly and what’s already there in the game right now is really good. I never feel there’s any point in pre-ordering anything but baring bad reviews (which I think would only happen if the game’s broken at launch) I think I’m definitely getting the game now. I’d be curious to know what others think that have played the beta too.
Manglin

The Metroid scale
Nice Metroid Dread review. Nintendo’s mainline games rarely fall flat and didn’t expect this to be any different given the confidence they’ve been pushing it. It does highlight the strange nature of the Switch’s ‘cheap low tech’ games this Christmas – a 2D platformer and a load of conservative looking remakes – but can’t argue with the quality. Interesting coincidence GC reviewed it the same day as Far Cry 6. Both games do look like they ‘perfect the franchises game design of the past on modern platforms’.

I did wonder though how it stacks up to the indie competition… especially given a lot of them are classics in their own right and go for much cheaper than the triple-A price tag Nintendo has put on Metroid. Is Metroid Dread the best Metroidvania of the generation? I recently played Ori And The Will Of The Wisps, probably the most recent great game in the genre. It looks terrific even on Switch with tight controls, addictive platforming and nicely designed (if somewhat short) game world to explore.

Hollow Knight is another standout and one of my favourite Switch games, with its vast world that absorbs dozens of hours, tough but fair boss fights, charming art design, and well balanced (if somewhat unoriginal) abilities… all for a tenner too.
Marc

GC: Even within the genre there’s significant variation and Ori is one of the least Metroid-y Metroidvanias. We’ve always felt Hollow Knight was slightly overrated but Dead Cells, Monster Boy And The Cursed Kingdom, and Yoku’s Island Express also belong in the conversation, in terms of modern titles.

Missing the target
Just a thought regarding Penfold not seeing any advertising for Far Cry 6. This might be the targeting advertisement algorithm thingy at play. I’ve had nothing but Far Cry 6 adverts for about the last month, from YouTube to glorious webpages such as yourself.

Guessing the algorithm knows full well I’ve bought the Deluxe/fullest version since Far Cry 2 (bar the caveman one such as yourself, Penfold)?
Tundra_Boosh

GC: It seems no one likes Far Cry Primal.

A real Blast
I realise there are only so many reviews you can fit into a given week, but it’s a shame you never got around to Cruis’n Blast. What a fun, ridiculous and completely over-the-top slice of arcade racing action it is! Nuanced and subtle it isn’t.

Due to the highly variable quality of past titles in the series, it was never on my radar until I played a friend’s copy. Whether it will last me beyond a few months until I get bored of it, I can’t say, but for a game disregarding current trends for simulation and deliver something decidedly old school, I think it’s to be commended.
Paul

Christmas trilogy
Looks like I’ve now got something that I can buy my brother for Xmas, that’s if it’s out in time. I asked him if he wanted Call Of Duty: Vanguard and can’t say what he said but I did agree with what he said, it started with ‘Why would I want that?’

So I’m hoping I can get him GTA: The Trilogy if it’s out in time. Judging by what you have said it should be, might even pick up a copy for myself on PlayStation 5. I just wonder if Sony has done a little deal with Rockstar four timed exclusivity. They have got a deal at the mo’ with free GTA dollars, I wonder if GTA will be on PlayStation 4 30 days before Xbox. Only time will tell.
David

Adding to the list
I was wondering if you are going to review Lemnis Gate and when that will be? I am interested to see how this reviews because of the unusual style of game and it was the first time in a very long time that Edge
magazine put a 3D cover of a game on it’s cover a few months ago, I think the last one they did was for an Atari cover which was pre 2002!
Andrew J.
PS: PC Building Simulator is free on Epic Games Store from 4pm on Thursday 7th October.

GC: Maybe, but it’s been a busy couple of weeks for reviews and we’ve already got a backlog.

End of the journey
So, that final DLC reveal for Super Smash Bros. Ultimate was quite something, eh? I truly hope Sakurai-san ( and co.) are hale and hearty considering how exhausting it must’ve been building such a celebrated kingdom.

Hold on… Sora Ltd., Sora in Smash?! Ahh, absolute perception attained. I think… poor Viewtiful Joe, however. Perhaps he’ll zoom in on the action in the next entry.

It’s been an epic journey y’all. I may have disagreed with some of the characters selected – the unsaid representative’s game rhymes with mire templum – but my lord has the eclectic selection of new fighters enriched an already smashing experience!
Galvanized Gamer

Dreaded delay
Just a quick heads up to anyone who has ordered the Samus and E.M.M.I. double amiibo pack through Nintendo.

They have just emailed me to say that the product will be delayed until the 5th November. Whether this is the entire batch or I’m just too far down the line to get one on the release day I’m not sure. Just so you guys know not to be too disappointed when on Friday it doesn’t arrive if indeed you haven’t checked your emails.
freeway 77

Far Cry infinite
Unlike the other reader I’ve seen plenty of adverts for Far Cry 6 but I do get the feeling that there isn’t much hype for the game, as none of my friends have expressed any interest in it and I know quite a few of them have bought previous sequels.

It looks okay to me but I’d had enough with 4 and have no real interest in playing the same game again but just in a different place. There’s not really the game’s fault but just a sign that you can have too much of a good thing.

I mean… how long can a game like Far Cry go on for? Is there going to be a Far Cry 10? 20? At what point does it start to become silly and they admit that enough is enough? Final Fantasy is on number 15 but all those games are very different, in terms of story and setting, but Far Cry is basically the same game every time.

We’ve seen a lot of big anniversaries in the last year and that shows there’s a lot of other games starting to get into the same problem. Do we really want Street Fighter 6 and Tomb Raider 12 (or whatever it is) or wouldn’t it be better for everyone if they just made new games instead? They could still use the same characters if they want, but let’s not just keep remaking the same game every few years.
Folin

Inbox also-rans
To be honest Twitch has always seemed pretty badly run, with the way they apply bans and police themselves (or don’t) so I’m not surprised to find out they were so easy to hack. I wonder if this will cause any lasting problem? I certainly wouldn’t care if they went under.
Gotho

So that’s one new free-to-play Ubisoft game this week and a hint at another. Can’t wait till we get free-to-play Rayman too… oh wait, that’ll never happen.
Lemmy