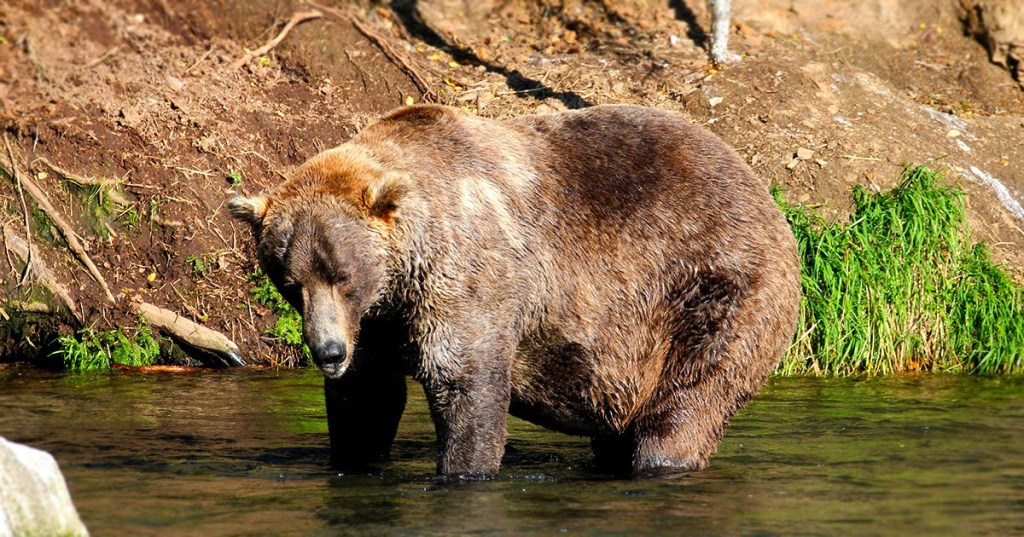 The winner of this year’s Fat Bear Week, an online contest dedicated to the bulkiest bears, is no stranger to taking first place. Brown bear 480 Otis won his fourth title on Tuesday night, at more than 25 years old.

The weeklong competition included a dozen bears and close to 800,000 votes were submitted.

‘As we celebrate, like a true champ 480 is still chowing down,’ tweeted the Katmai National Park and Preserve in southwest Alaska.

The roughly 4.1million-acre park is home to about 2,200 brown bears and many fat bears thrive particularly on the Brooks River due to its abundance of salmon.

Otis is one of the older bears residing at Brooks River. According to his biography, he is ‘missing two canine teeth and many of his other teeth are greatly worn’, which makes his victory all the more remarkable.

The competition started as Fat Bear Tuesday in 2014 and grew to a weeklong ordeal with nature webcams on bears and voters picking their favorites on a website. It celebrates bears feasting on sockeye salmon from the Brooks River and gaining weight ahead of hibernation.

Brown bears can gain up to four pounds a day and the biggest males can reach 1,200 pounds. Adult females typically way a third less than their counterparts.

‘During peak season, we have seen bears catch 40+ salmon in a day (though 20 salmon is more common),’ the park wrote on its Facebook page. ‘And if you estimate each salmon has roughly 4500 calories pre-spawned, that is a lot of food!’

‘Bears are fascinating animals and lead challenging lives, and I think people are happy to celebrate their success each season,’ said park spokeswoman Amber Kraft, according to The New York Times.