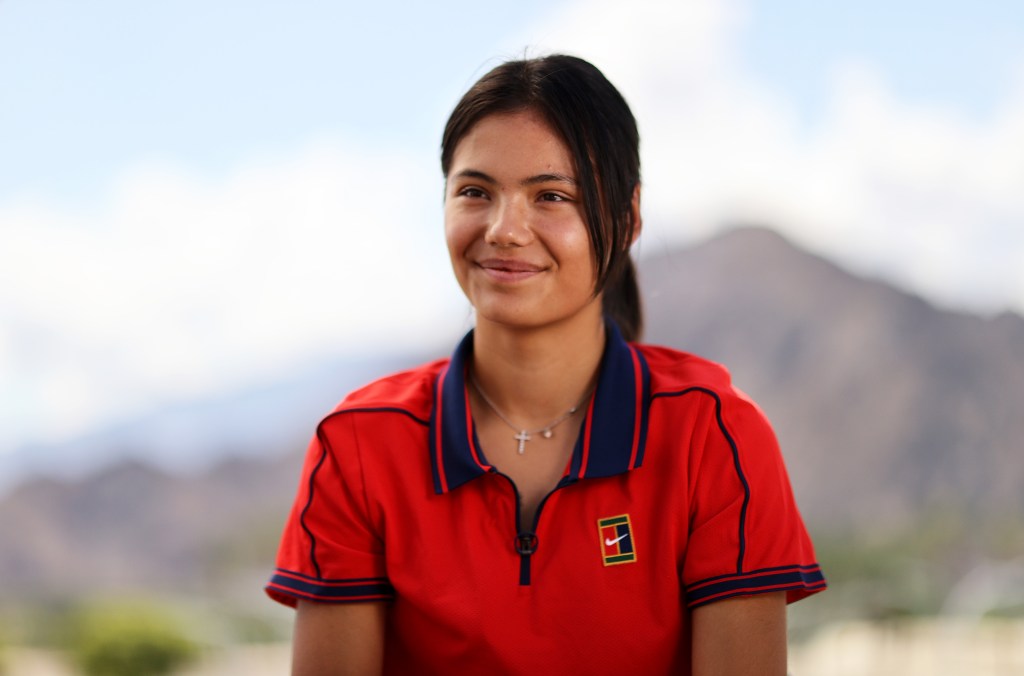 Emma Raducanu insists she is waiting to find the ‘right person’ who will coach her going forward as she prepares for her first competition since winning the US Open.

The 18-year-old completed the fairytale of all fairytales last month by becoming the first qualifier to win a Grand Slam with victory over Leylah Fernandez in the US Open final.

Since then, the British sensation has been in the spotlight with various appearances at the Met Gala and the London premiere of the new James Bond film.

But she’ll back on the court later this week at Indian Wells without a permanent coach.

Raducanu opted to part ways with her previous short-term coach Andrew Richardson, who helped her lift the title in New York, but does have Jeremy Bates alongside her in California.

Bates primarily works with British No. 6 Katie Boulter as part of his duties as a Lawn Tennis Association (LTA) national coach.

And Raducanu insists she is in no rush to make a permanent appointment as she begins her quest for more titles.

‘Jeremy is part of women’s tennis at the LTA so while he’s here he’s helping me out,’ said the world No. 22.

‘But going forward, I’m just going to wait and try to find the right person. I’m not going to rush into anything and yeah I want to make sure that I make the right decision.

‘At the moment I’m confident I know that even though I’m quite young, I’ve got a lot of experience banked.

‘And at the end of the day you’re out there on your own and you have to be your own coach on the court.

‘I’m pretty comfortable but I’m just looking for the general things in a coach really – someone that you get along with well and someone who can push you.’

Raducanu has a bye to the second round of the BNP Paribas Open in California, entering the tournament as the 17th seed.

Colombia’s Maria Camila Osorio Serrano or Aliaksandra Sasnovich of Belarus await her in first match since winning the US Open with the match set to take place on Thursday or Friday.

Inside Emma Raducanu’s Instagram: her celebrity followers and behind the scenes life

‘I am very excited to be here,’ Raducanu added.

‘It’s my first time playing in Indian Wells. It’s a beautiful place, I just can’t wait to get started,

‘I’d say it’s been a very cool three weeks. I mean I got to experience some great things that I probably never would have got to do before.

‘After that I just went straight back to training and focusing on this competition and the upcoming ones that I’ve got lined up.’