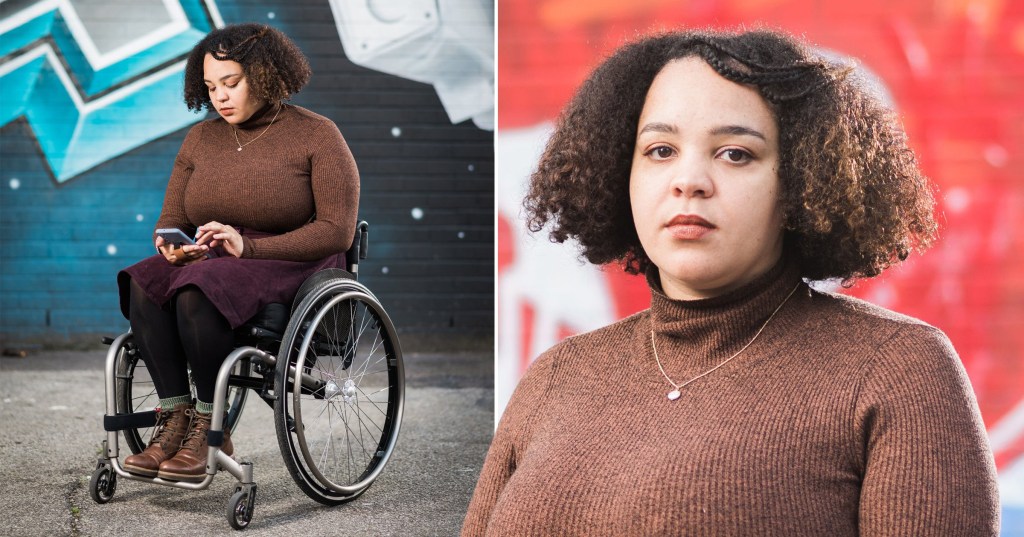 A disabled woman who has been the victim of abuse both on the street and online has said disability-related hate crime is happening ‘more than anyone is ready to admit.’

Cassie Lovelock says the social consequences for treating disabled people badly need to catch-up with other hate crimes such as racism and homophobia.

When two drunk men threatened to rape the 26-year-old and pushed her wheelchair down a north London street earlier this year, onlookers did nothing to help.

The PhD student at London School of Economics, who has a series of complex neurological conditions – one of which leaves her with temporary paralysis – said she did not immediately realise it was a hate crime.

When she reported it to police 10 days later an officer told her ‘there’s not much we can do.’

Cassie, who lives in east London, said the incident – and the response – left her feeling that any future report linked to her disability will not be taken seriously.

‘I think it’s that stigma which needs to break for the police to understand that “Oh, you can’t treat a disabled person like that, just because they’re disabled” in the same way (that) “Oh you can’t grope a woman, just because”.

‘But I feel like disability hasn’t sort of got there.’

Cassie said aside from the incident in March she had also experienced some ‘really awful’ and threatening comments online.

She said people had made comments on dating sites such as ‘I’ve never been with a cripple.’

In July, a stranger tracked down her phone number and called her after she posted a blog about how her condition causes her to experience memory loss.

They repeatedly swore down the phone at her and then said they would ‘get away with it’ as she would not remember the conversation.

Cassie said the experiences were ‘isolating’ and she wants to be open like any other person without the prospect of harassment.

She said: ‘It really scares you and it makes you want to not be open about these things…being disabled you’re sort of inherently vulnerable by how society views you and how society treats you, whether your disability makes you physically vulnerable or otherwise.

‘And then people take advantage of that and then you’re stuck in your house and you’re like, “What if they find where I live, how am I going to get away?” – all of these things.

‘Some people would say, “Oh, you’re overthinking”, but then they already found your phone number – so are you?’

Her advice to anyone that thinks they have been the victim of a hate crime is: ‘If you think it’s a hate crime, it probably is.’

She is said she wanted society to ‘stop blaming disabled people’ and to start addressing those who commit hate crimes and for disability to be approached from a neutral ground rather than as an ‘absolute negative.’