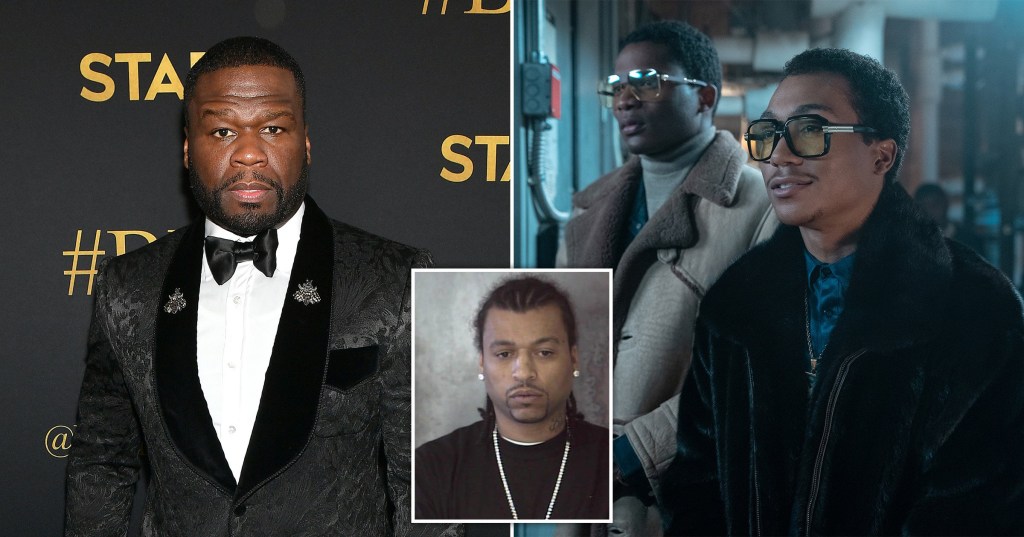 50 Cent has revealed what he believes to be the greatest success regarding his new Starz series, BMF (Black Mafia Family).

The crime drama broke records after landing the biggest premiere on the Starz app this year and has already been renewed for a second season, however the way the show has changed the life of Demetrius ‘Lil Meech’ Flenory Jr. is one of the things Fiddy is most proud about.

Indeed, it was the In Da Club hitmaker’s idea to help mentor the young actor to take on the lead role of his father, Demetrius ‘Big Meech’ Flenory, and he mentored the 22-year-old for his debut.

Explaining to Metro.co.uk how the inspired casting came to be, the Power star stated: ‘I started with a casting call in Atlanta and over 3,600 people showed up.

‘While I was there, Lil Meech came along and he looked like his dad. He was like a mini version of his dad before he got arrested with the braids and everything.’

The rapper – real name Curtis Jackson – continued: ‘He sat right at the table with me and we watched people audition. It hadn’t dawned on me at that point that I should have him play his dad.

‘But I didn’t see when we needed in any of the guys who tried out for the role. Lil Meech was doing his college thing and he made some music. But, honestly, I didn’t like the music so I suggested that he should try for the role’.

Recalling the ways in which he helped the young actor to train for the part, the 21 Questions hitmaker continued: ‘I moved to him from Atlanta to California and I had him working with multiple acting coaches and doing different workshops, everything was being taught to him.

‘A lot of times people don’t have the ability to create a focus that strong but he was able to do it full time. I gave him a comfortable work environment and he made the decision that he wanted to be a great actor so he took it seriously. When he came back, and we got him on tape for the network, he actually got the job. He did it, not me.’

The smash Starz program focuses on the incredible true story of Big Meech and Southwest T who grafted their way from poverty in southwest Detroit to become one of America’s most influential crime families.

Praising the way Big Meech has inadvertently helped his son embark on an unexpected career path, Fiddy mused: ‘He can proceed to have a life and be successful completely away from crime.

‘That’s a bigger hit going on than the BMF show itself. His career is taking off because his father just provided a golden opportunity to not have to make the same decisions that he made… and it’s all happened while Big Meech is incarcerated.’

Big Meech, 52, is currently serving a 30-year sentence at an Oregon prison. Terry was released on home confinement last year.

BMF airs Sundays on Starz in the US and is available on STARZPLAY in the UK.


MORE : BMF showrunner reveals role 50 Cent turned down – and his brilliant suggestion for a replacement