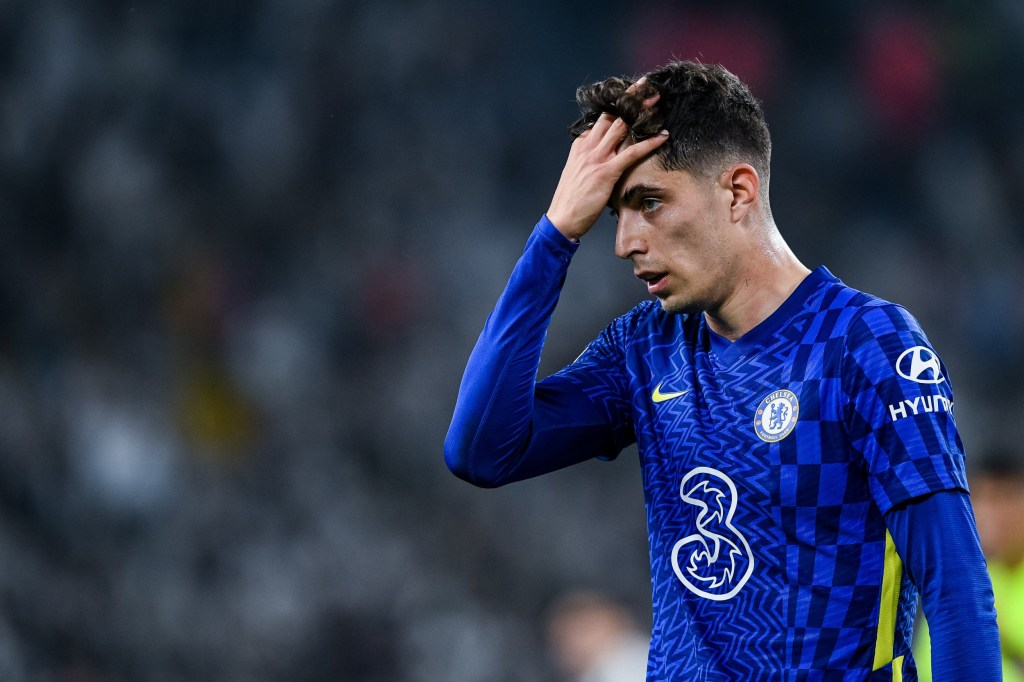 Thomas Tuchel admits he ‘expected to see more’ progress from Kai Havertz at Chelsea this season.

The Germany international has only shown glimpses of his talent since his £71 million move from Bayer Leverkusen just over a year ago.

Tuchel has revealed that Havertz improved his attitude and application during Chelsea’s pre-season campaign.

But the Chelsea manager concedes that the midfielder has been unable to transfer that to games this term.

‘Yes, I am not shy of saying we expected to see more of this in the games. At the same time, it is important that I feel the whole team is a little bit stuck in expectations.

‘I don’t know why. Maybe of our success, maybe of the expectations that come with success. It is very, very import and necessary that we brush it off our shoulders and that we focus and make it right here, right now.

‘We want absolutely more from Kai, more from what he can deliver because he is full of talent.

‘Nobody is angry at him. But of course, once you play for Chelsea, we want to have the best out of you.

‘Yes, they need to accept these expectations but at the same time get rid of them and be the very best you can and fight hard for being an important player that we want to be.

‘Every time is a crucial moment. We will push. We will try to help and the players in the end need to show it. It is their game, it is their moments they have to use and value.’