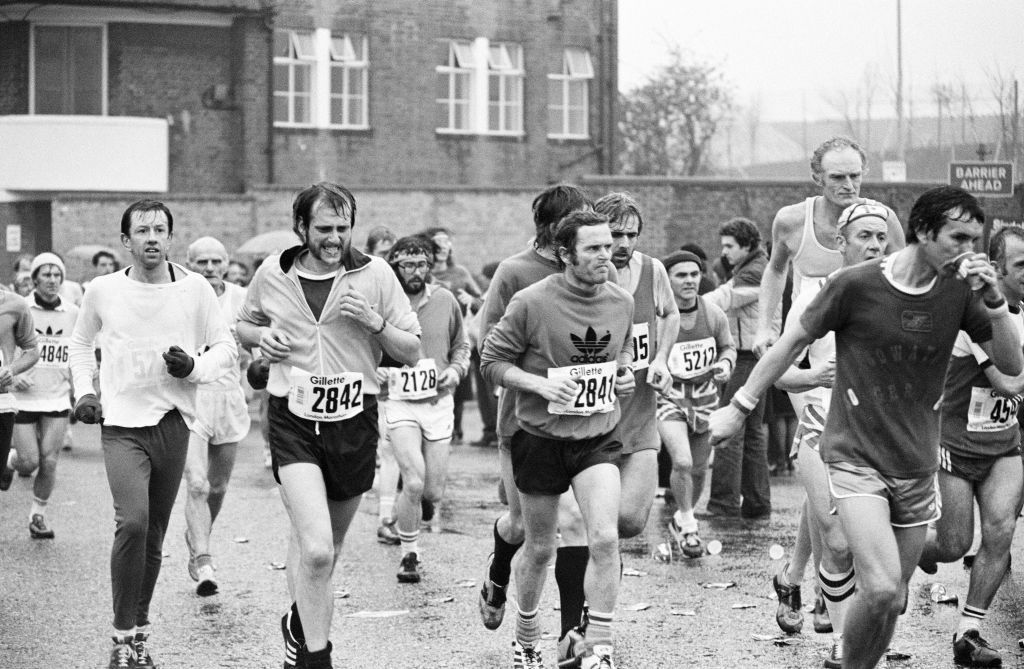 The London Marathon returns this year on October 3, after it was cancelled in 2020 due to the pandemic.

Fortunately, runners who were enrolled in last year’s event were given spots in the 2021 marathon, which is 26.2 miles long.

The course will see participants pounding the pavement in a route around the city that takes them past landmarks including Cutty Sark, The Shard, Canary Wharf and Buckingham Palace.

Over the years, it has gradually become the most popular running event in the world and, while it was cancelled, almost half a million (457,861) runners applied for the 2020 race.

And, this year marks a very special anniversary for the London Marathon so read on to find out when the city’s renowned race began.

When was the first London Marathon?

It was inspired by the New York City Marathon, which began over a decade prior in 1970.

Olympians Chris Brasher and John Disley founded the event, after Chris ran the New York Marathon in 1979 and found himself questioning whether a UK version would be feasible.

It turns out it was, and the demand was also high with 20,000 runners applying to participate.

A true sportsman, Chris Brasher won the Olympic gold medal at 3,000 metres steeplechase in 1956. By this point he had already led two expeditions to the arctic – all before turning 22.

In later years, he turned his hand to journalism, presenting BBC’s Tonight programme and holding the sports editor post at The Observer. Sadly, he passed away on February 28, 2003, aged 75.

Fellow Olympic competitor John Disley represented Great Britain in the 3,000 metres steeplechase during the 1952 games where he won a Bronze medal. He died aged 87 on February 17, 2016. Like Chris, he enjoyed mountain-climbing, orienteering, hiking and, of course, running.

A total of 7,745 people participated in the first race and a total of 6,255 of these runners managed to cross the finish line.

What was the route for the first London Marathon and has it changed?

The first London Marathon began at Blackheath and ended near Buckingham Palace. So, overall, the route has not changed much at all.

The main alterations have been to the finish line, which was initially at Constitution Hill, before moving to Westminster Bridge in 1982 where it remained for 12 years.

It then moved to The Mall, and this is still where the race ends. However, spectators have been encouraged to watch from home this year.

Who won the first London Marathon?

Despite the wet conditions, runners gave it their all and American Dick Beardsley and Inge Simonsen, from Norway, both won the race.

They were holding hands as they ran through the finish line in a time of 2:11:48.

The women’s race was also part of the first London Marathon, and Joyce Smith won this in a time of 2:29:57.

The current London Marathon record finish time is over eight minutes faster, at 2:02:37 and was set by Kenyan Eliud Kipchoge in 2019. The record for the women’s race was set by Paula Radcliffe in 2003 with a time of 2:15:25.


MORE : London Marathon 2022 ballot: How to enter next year’s race