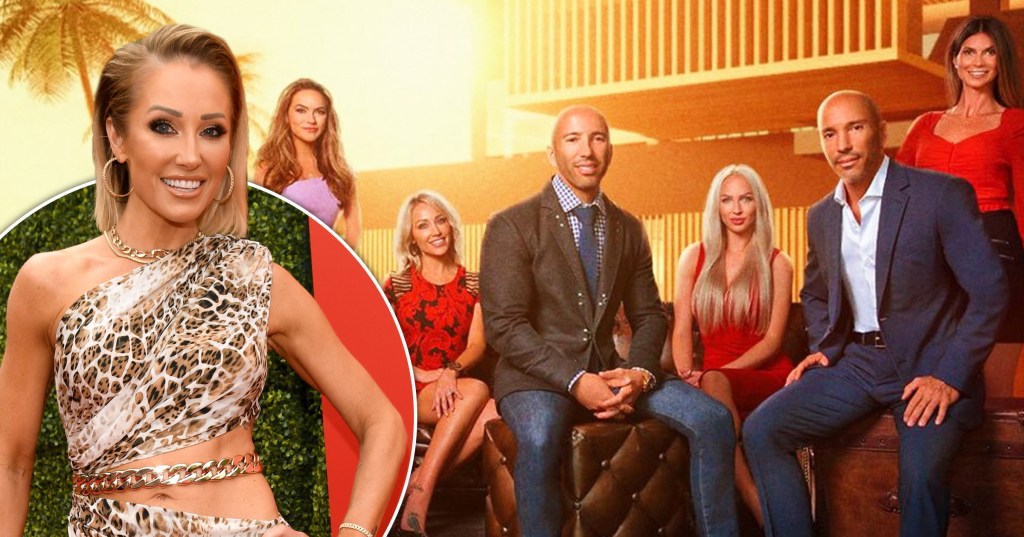 Selling Sunset star Mary Fitzgerald has revealed there should be just a few weeks left before season 4 will land on the streaming platform.

The third season of the hit Netflix show saw fans witness the breakdown of Chrishell Stause’s marriage to This Is Us actor Justin Hartley, later storming out of Christine Quinn’s typically OTT wedding.

Fans have been desperate to know when they will get season four on their telly boxes after the very dramatic ending to the last batch of episodes and it seems there may finally be some answers.

In a recent interview with Metro.co.uk, Mary has given us the best guess yet as to when we will see our favourite property experts again.

Asked when season four would air, she said: ‘I think it’s going to come around like November-ish.

‘I don’t have an exact date yet. But yeah, I believe it’ll be sometime in November,’ she told us.

Of course, there has been plenty going on in the meantime, with Chrishell and fellow cast member (and boss) Jason Oppenheim sharing their surprise romance with the world.

Elsewhere, it’s been hinted by Mary there will be a huge fallout with Christine which will be one of the main focuses of season four.

Fans saw ice queen Christine absent from Heather Rae Young’s bridal shower in recent weeks, with Mary later confirming ‘everybody [from the show] except Christine’ had been invited to the upcoming wedding.

Newcomers to the show Vanessa Villela and Emma Hernan are also set to spice things up amid the already eventful season ahead.

Mary said of the duo: ‘Both of them are super, super sweet.

Emma I’ve actually known for five years, I think she’s been just around our group for a while.

‘She’s also an agent, a super, super successful businesswoman and has her own business and, and she’s just really, really sweet.

‘There is going to be some drama between her and Christine. So, you guys can look forward to that!’


MORE : Cara Delevingne is the ultimate thrill-seeker as she swims with sharks and jokes she’s ‘shark bait’