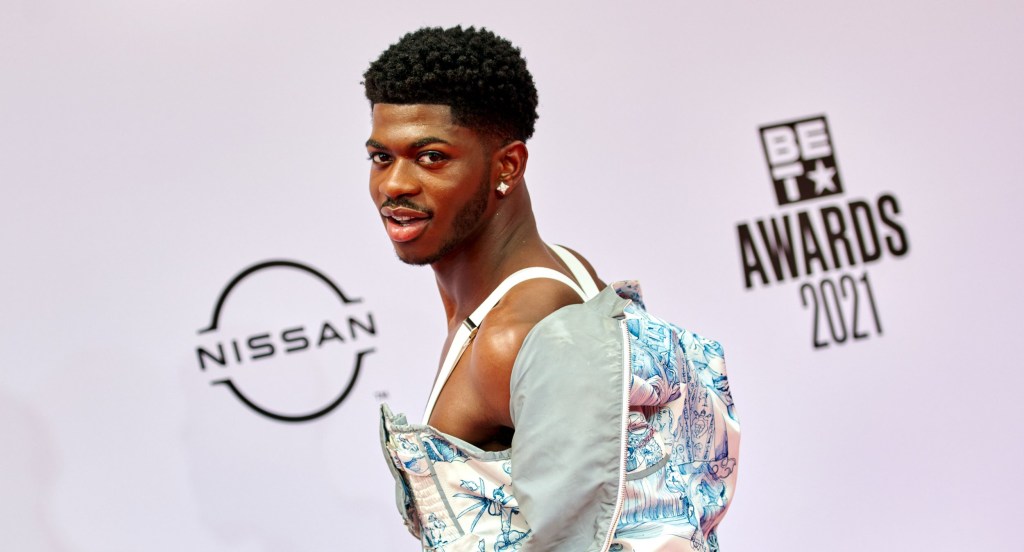 Lil Nas X revealed he is single after recently ending a relationship, and said he is happy flying solo for now.

The 22-year-old Montero star confirmed his relationship status in an interview with Andy Cohen on SiriusXM’s Andy Cohen Live.

An eager Andy was ready to hear about the man in Lil Nas’ life, he said: ‘It sounds like from what I’m reading, that you have found somebody, are you, are you happy?’

The rapper replied: ‘I was seeing someone. I kind of decided I didn’t want to anymore.’

In an attempt to weave out of the awkward situation Andy teased that the star must have had ‘thousands of people’ jumping at the chance to be Nas’ boyfriend.

The Call Me By Your Name singer said: ‘There are definitely a couple of people for sure.’

‘A couple of people out there. I don’t want to ruin anybody’s perception of me but I don’t think I want any guy right now.’

He added: ‘Maybe I’m floating around right now. I just want to work on music and every now and then, you know, maybe I’ll kiss a guy, every blue moon, you know.’

The Panini star counted down the days of his debut album Montero in a special photoshoot with People earlier in September.

Lil Nas X’s long-awaited Montero album was released mid September and has received high praise in music reviews, driving the record to become the singer’s most critically acclaimed project yet.


MORE : Stacey Solomon might not have more children as she reveals she thought baby girl ‘would be here by now’


MORE : Dan Walker books family holiday during Strictly Come Dancing as he doesn’t think he will be on the show for long