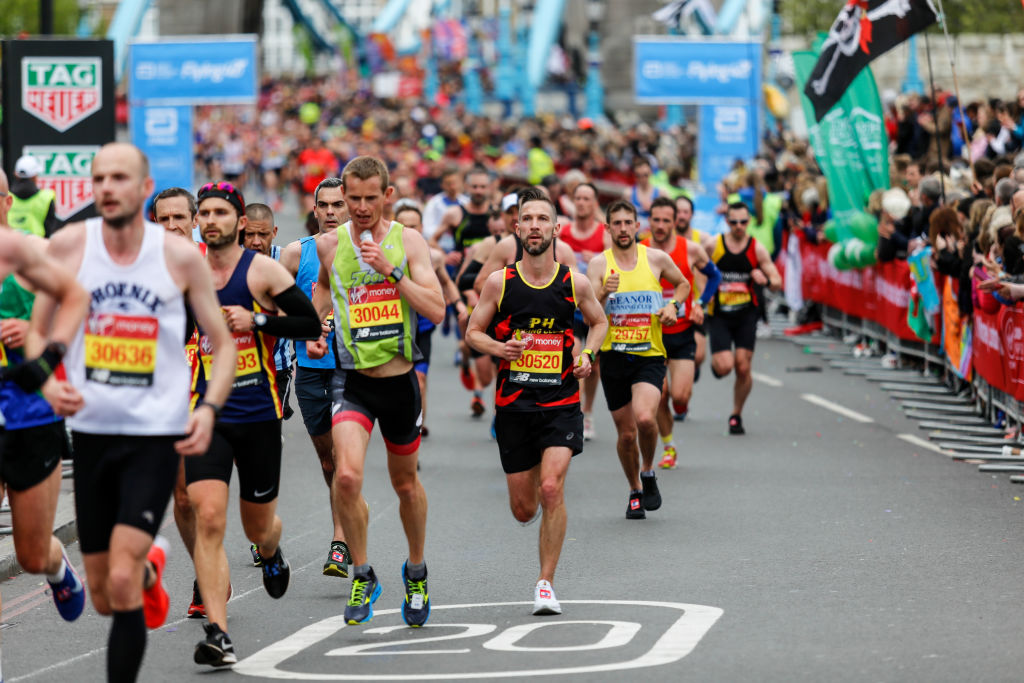 The London Marathon returns this year, after the coronavirus pandemic forced its traditional form to be shelved back in 2020.

Runners will take to the streets on Sunday, October 3, in a route that will take them from Blackheath in the southeast of the capital all the way to the finish line at The Mall.

The average marathon requires stamina for all those who take up the challenge – having to run a route of just over 26 miles.

But just why is a marathon that specific distance?

The marathon was created for the modern-day Olympics, which began in 1896 – when organisers wanted to hold an event that would embody the spirit of the ancient Games.

The idea for the marathon was based around the legend of a messenger in ancient Greece who ran from Marathon to the Greek capital to bring news of victory over an invading Persian army in 490 BC – before he collapsed and died.

However, that all changed when the Olympics Games was held in London in 1908.

Legend has it that Queen Alexandra, the wife of then reigning monarch Edward VII, requested that the marathon start in the grounds of Windsor Castle – to enable the youngest members of the Royal Family to watch from their nursery windows.

The finish line would be in front of the Royal Box at the Olympic Stadium, which was a distance of 26.2 miles – or 26 miles and 385 yards, to be more precise.

This was later adopted as the standard distance for a marathon race, by the International Amateur Athletic Association in 1921.


MORE : London Marathon 2022 ballot: How to enter next year’s race