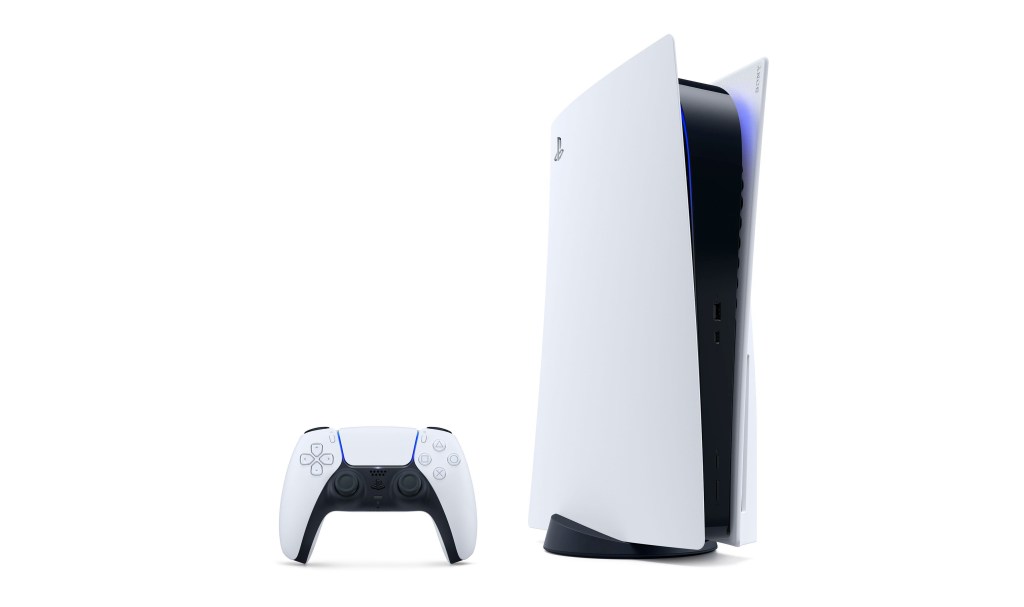 The Wednesday Inbox has some suggestions for the game after Metroid Dread, as one reader enjoys Kena: Bridge Of Spirits.

Number one Station
Amazing to think how well the PlayStation 5 has done given it’s impossible to actually buy one on the spur of the moment. I guess everyone buying up every console the second it’s put on sale helps ensure it does well but even I was surprised to find it doing this good.

It might not happen, it doesn’t really matter if it does or doesn’t, but the fact that it’s already a possibility this early in the game is an amazing achievement by Sony.
Banshee

Water good game
Seems we get a major new anniversary every other week at the moment but just wanted to highlight another that will definitely go under the radar, considering how many others have all been ignored (mostly thanks to the pandemic, to be fair). Anyway, that game is Wave Race 64 which is… 25 years old this week.

Apologies to anyone I’ve just made feel old but what a game! Still easily the best water-based racing game there’s ever been, despite the ancient tech. The way you move through the waves feels so real, it’s amazing that nothing else has managed to do things better, including its own sequel. I’d go further and say it’s actually my favourite racing game ever, as the course design is really clever and the risk/reward gimmick with the stunts works so well.

An incredible game all round and I would love to see a new entry on the Switch, although I’m not holding out much help as Nintendo hasn’t shown any interest in new racers for a long while now.
Baker

Start of an era
Nice preview of Metroid Dread, glad to hear that it’s looking good and that it’s not dumbed down, although I could’ve understood why. Metroid games come out so rarely you never know what to expect or whether the big gaps between releases are because the last one didn’t do as well as hoped or if that’s just because they’re never big sellers.

Hopefully coming out at the same time as the Nintendo OLED will help this one and then, if it’s the end of the current saga, we can see some kind of major revamp for the next. As much as I appreciate the 2D action of Dread I’d like to see the next game be a third person game. Returnal is basically Metroid in all but name so there’s already proof that the idea works. It’s also proof that it doesn’t need a particular big budget.

Who knows what, if anything will ever happen with Castlevania, but considering the best outcome for that is a FromSoftware game, which will never happen, I’m not so optimistic that it will ever be able to engineer a proper comeback.
Onibee

One down, three to go
Disgusting to see how Activision Blizzard is already starting to get away with the expose of their business. I’ve now very little confident that anyone will be held to account or, more importantly, that anything will change. Two years of investigation and all that happens is a measly $18 million to be shared amongst who knows how many people? I don’t understand why they were let off the hook so easily, other than Activision probably has really good lawyers.

The worst thing is that they never even had to admit they did anything wrong. So what was the $18 million for? Just a random present to give staff? It doesn’t make any sense and must feel horribly insulting to the victims.

It’s not like it’s just Activision Blizzard either. Ubisoft must be thanking their lucky stars that this story overshadowed their own very similar problems. Which means that they have even less incentive to fix things. I was never going to buy Call Of Duty anyway but I would’ve got the Diablo 2 remake, but not now.
Jags

GC: This first settlement wasn’t a result of the two-year investigation but a more minor one by a federal, rather than state, agency.

One extra
I’m pleasantly surprised by Kena: Bridge Of Spirits. I’d agree on some of the points made about its simplistic platforming and the story is completely uninteresting, but it sails along nicely, is stunning to look at, and the boss battles are excellent on the higher difficulty setting.

Considering how awful most Western attempts are at them, I’m enjoying giving these prototype FromSoftware bosses a whooping. I’d probably add a point to your score myself.

Like GC said, it’ll be interesting to see Ember Lab progress as a company.
Wonk

Lost in wonder
I am a man consumed by wanderlust and wonder, playing this wildly original and cerebral game you may have heard of called Outer Wilds. I don’t think I’ve felt such a profound desire/incentive to explore, decipher and discover things in a modern game since Zelda: Breath Of The Wild and Xenoblade Chronicles X. The first time I launched into space was truly unforgettable.

Progress has been somewhat glacial these past few playthroughs, but I feel like I’m getting closer to unravelling the cosmic mysteries that are at the core of Outer Wild’s fascinating, minimalistic world. Successfully landed on the elusive Quantum moon and it was quite the boon for my understanding of a few things.

Just trying to find the way into the Southern Observatory in Brittle Hollow now – it’s like a bloody labyrinth below the surface – so I can determine how to descend into the depths of Giant’s Deep’s ocean. Then there’s the question of how to enter the sun station without being incinerated (the answer lies somewhere on the twin planets of course). And there’s the question of navigating the treacherous, giant fish infested, inherently disorienting, house of worm holes that is Dark Bramble.

God this game feels like one galactic sized puzzle, and I’m utterly enthralled by all of the planetary components and their inner workings. It’s one of the most unique, enigmatic, compellingly designed games I’ve played in years!
Galvanized Gamer

Mission accomplished
The Digitiser Season 2 crowdfunding has gone live on Kickstarter. I’ve just backed it for a DVD copy and my name in the credits. It has already reached 100% funding in two hours and has a month to go before the crowdfunding closes.

Another Kickstarter that I had backed called Goodboy Galaxy for Game Boy Advance, Switch, and PC has also ended successfully with their 100% goal achieved – they raised £200,000.
Andrew J.

Diablo 2: Resurrected review – the devil is in the detail

10s all round
My 10/10 game is XCOM 2. Well, a bit more than that, all of the turn-based XCOM games going back to the original UFO: Enemy Unknown that I played at university, through Terror Of The Deep and the reboot to the latest classic. Every one of those has kept me coming back to play it again and every one has been played to death until the new version arrives.

The original UFO was, in my eyes at the time, perfection, with maybe the exception of the early explosive weapons being a bit too powerful. I had no idea on how it could be improved, but it has improved over every iteration and, most especially, with every DLC. The additions to the reboot and to XCOM 2 changed things up so much as to make them almost new games.

I will have to admit that XCOM 2 did not grab me straight off. I thought that the enforced turn limits hindered my strategic options, the ticking clock on the game overall was too much and the need to actually collect resources was unnecessary busywork. I was wrong. Up to now, every XCOM played the same and tactics worked from one game to the next: move to cover and overwatch and repeat. I was now forced to press ahead, take risks and think on the fly. Now, in comparison, the traditional tactics felt slow and ponderous.

Same applied to the larger scale tactics. Having a ticking clock meant that more detailed tactics were required, collect resources or take a mission, etc. It forced you to go into missions far less prepared than you would like because there was simply not time to recuperate your ace sniper or develop that new armour.

So, the 10/10 game for me has always been the latest version of XCOM and I am still playing XCOM 2 but hoping that Phoenix Point will stay on target and hit console Game Pass on Friday.
GB72

Inbox also-rans
Loot boxes and gambling mechanics are exploitative and should have been made illegal years ago. Shame on the gambling commission for allowing this to go on, especially as these mechanics are aimed at children and vulnerable adults.
Anon

Will you be reviewing Chernobylite? Videos look like it could be a bit of a hidden gem.
Lizardpudlian

GC: Maybe, but the reviews for the PC version were fairly mixed.

This week’s Hot Topic
The subject for this weekend’s Inbox was suggested by various readers, who asked what is the most memorable video game box art?

It can be either memorably good or bad, but which made the most impression on you and why? Since physical copies are becoming increasingly rare you may never have seen the artwork in question on an actual box but how important do you feel key art images are in setting the tone for a game?

Have you ever tried to get a poster or other merchandise featuring the image and how iconic do you think it is outside of gaming?