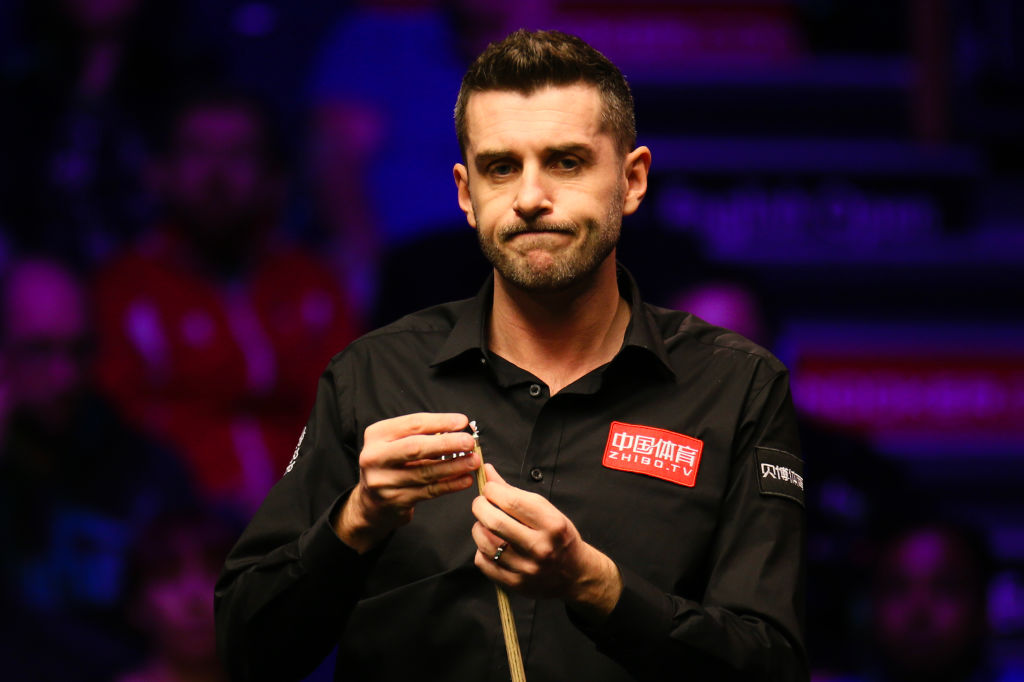 Snooker’s world champion and world number one, Mark Selby, returned to pool on Monday night and can’t wait to play again after he and partner Gareth Potts won their group in the Ultimate Pool Pairs Cup.

It looked like it was going to be a very comfortable night for Selby and Potts as they won their first two matches 4-0, but defeat to Zak Shepherd and Andy Cragg left three teams level on points after all group games.

This sent the teams into a three-way six-red shootout, meaning the quickest pair to clear six reds would progress.

Selby and Potts were the last to take on the challenge and they cleared the table quicker than the first two teams, handing them the victory and progression to the next stage, due for December.

With four 8-ball world titles between the pair (Selby winning once in 2006), it was an all-star team, but also a family affair with Selby and Potts brothers-in-law and the snooker superstar loved being involved.

‘It was good, it was fun, it was great to be partnering Gareth in a pool event, which I’ve not played for so long,’ Selby told Free Sports.

‘When you’re out there, your competitive instinct kicks in and I don’t want to lose in anything I play. Even if I’m playing tiddlywinks with my daughter I want to win.

‘It was great out there, if you could predict winning in the way we did on the shoot out, it’s more exciting than any other way of getting through.

‘Pool’s always been my background, it’s where I started out, so it was great to come back and not just play for fun but play in a competitive event.

‘Shout out to Ultimate Pool, I watch it every week on TV, I think you do a fantastic job and it’s a great set-up.’

On returning for the next phase (due for December, but which could change), Selby added: ‘Yeah I can’t wait. Hopefully the atmosphere will be like it was tonight and we have a good turn out again. Can’t wait to get back at it.’

Stephen Hendry’s snooker comeback ‘a mystery’ to John Virgo: ‘I don’t understand it’

Selby explained that he was playing with his snooker cue having had to borrow a pool cue when he won the 8-ball world title 15 years ago.

‘I played with my snooker cue, which I’d never used before, just one practice with Gaz,’ he said.

‘I was questioning myself whether it was too big. When I played in the World Championships many years ago I borrowed the guy’s cue who ran the snooker where I was playing at the time, because I don’t own a pool cue, as such.

‘A few shots early today in practice it caught me out a bit, but out there tonight I felt like I played okay.’

Potts revealed that he only found out about that cue story recently, and says it is illustrative of the wild talent Selby possesses.

‘He won the world title and didn’t play for many years, he didn’t even have his own cue which I didn’t know till recently, he was just using some other guy’s cue,’ said the three-time world champ.

‘Many people say that in 2006 it was one of the best standards of all time, so he’s very, very, very good.

‘So for him to just walk back in and play to the standard he does is pretty incredible.’


MORE : John Virgo expects next World Snooker Championship to be the last for him and Dennis Taylor