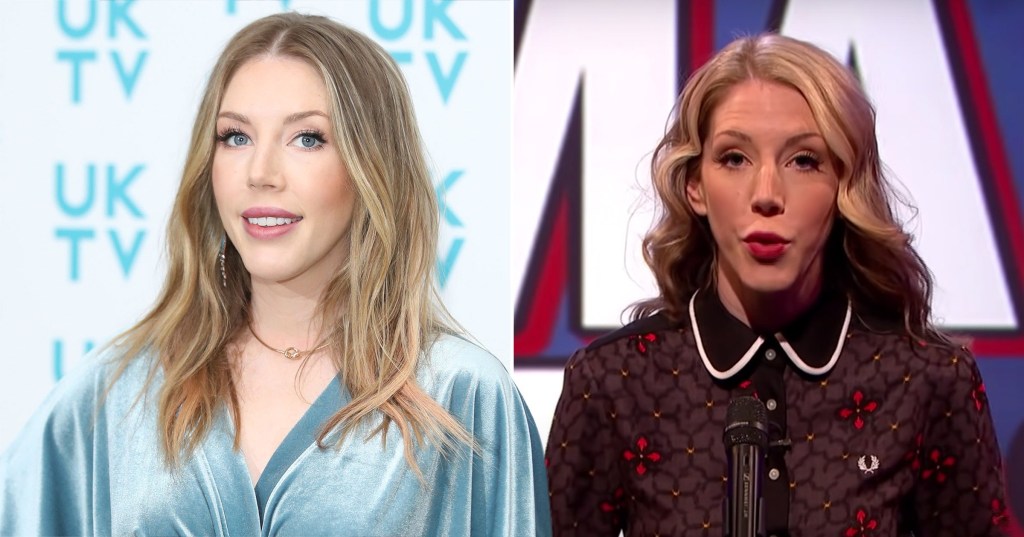 Katherine Ryan has shared her thoughts on cancel culture after a joke she made 10 years ago on Mock The Week came back to light.

Along with comedians such as Kevin Hart, the 38-year-old presenter found herself in the firing line when an old joke resurfaced from her time on the show when, in response to the prompt ‘Unlikely lines from a cosmetics commercial’ she replied: ‘We don’t test any of our products on animals. We use Filipino children.’

Speaking to the Radio Times, Katherine said: ‘What I was saying with that joke was that Western cultures present this pious image where they’re like oh, we don’t test products on animals.

‘But if you dig deeper they’re doing something much worse, they have underpaid workers or child workers in places like the Philippines.’

She added: ‘It was taken out of context and it really blew up.’

‘There were demonstrations outside the BBC, and that was my first foray into being cancelled.

‘It went away and then teenagers find comedy online from years ago and they just can’t believe it and then I get cancelled all over again!’

Katherine might have altered her style over the years, but she believes she has remained true to herself.

She said: ‘I don’t spend loads of time or energy trying to change their minds.’

The award-winning comedian has had a busy couple of months after welcoming her son in June, and releasing her memoir The Audacity, a memoir telling the story of how a Hooters waitress changes her life to become a stand-up queen.

Katherine is also making a big return to the stage with her brand-new show Missus.

She said: ‘It’s about the 180-degree shift that my life has taken when I definitely didn’t expect it.’

Read the full interview in the Radio Times.