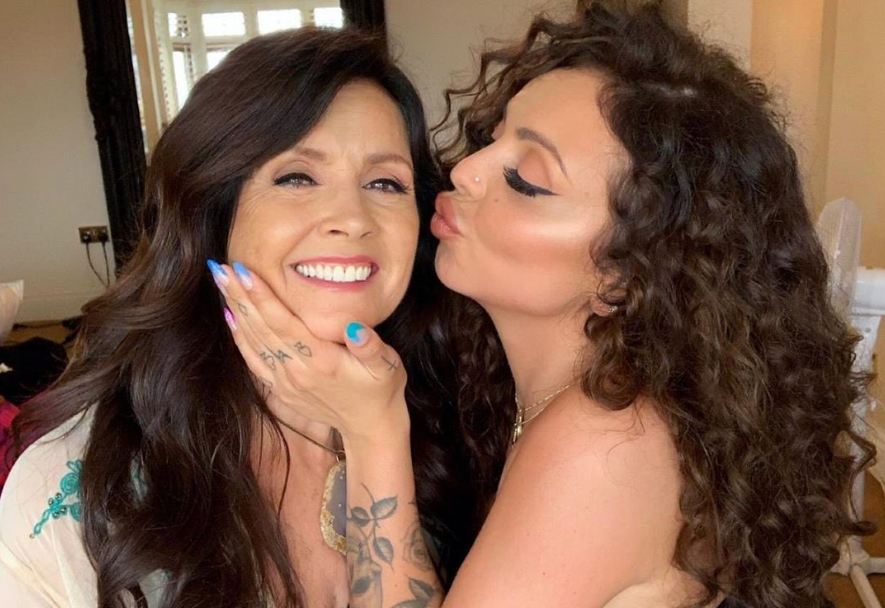 Jesy Nelson has revealed the advice her mum gave her before she decided to quit Little Mix.

After 10 years in the group Jesy announced in 2020 she was leaving to prioritise her mental health, with band mates Jade Thirlwall, Perrie Edwards and Leigh-Anne Pinnock carrying on as a three.

Having suffered panic attacks in the group, including one on the set of their video for Sweet Melody, the singer decided enough was enough.

Her mum Janice supported her choice as it was heart breaking to witness her daughter become ‘depressed’ while doing something she loved.

Speaking on Reign with Josh Smith, the Wings singer said: ‘She was like, “I think you really need to look after yourself now because this isn’t healthy.”

‘And what’s s**t for my mum is my mum saw me as a barmaid who was very confident, who was always happy, to then go to someone who had no confidence, was down all the time, depressed.

‘And that was really hard as a mum for her to watch… My mum does not care about money, fame, all of that s**t, she just wants me to be happy.

She continued: ‘So for her to see her daughter do something that she’s always wanted to do, but see her be so miserable, my mum was like, “Why are you doing this? You live once. This isn’t you. This isn’t the Jesy that I know. You’ve become someone I don’t even recognize anymore.”‘

Jesy has been working away on her solo music, with her lead single Boyz – inspired by a ‘horrendous’ heartbreak in a past relationship – on the way.

She confessed that for the first time, she feels she is allowed to ‘explain how I truly feel in my songs’.

‘I’m taking control of everything now, down to my music videos, down to my styling, down to the…every single thing,’ Jesy continued.

‘Before it was a collective, now it’s just me and that’s scary, but I love that because if it does go to s**t, then I’m okay with that because this is my truth and this is what I wanted to do.’

Reign with Josh Smith is streaming exclusively on LIVENow.