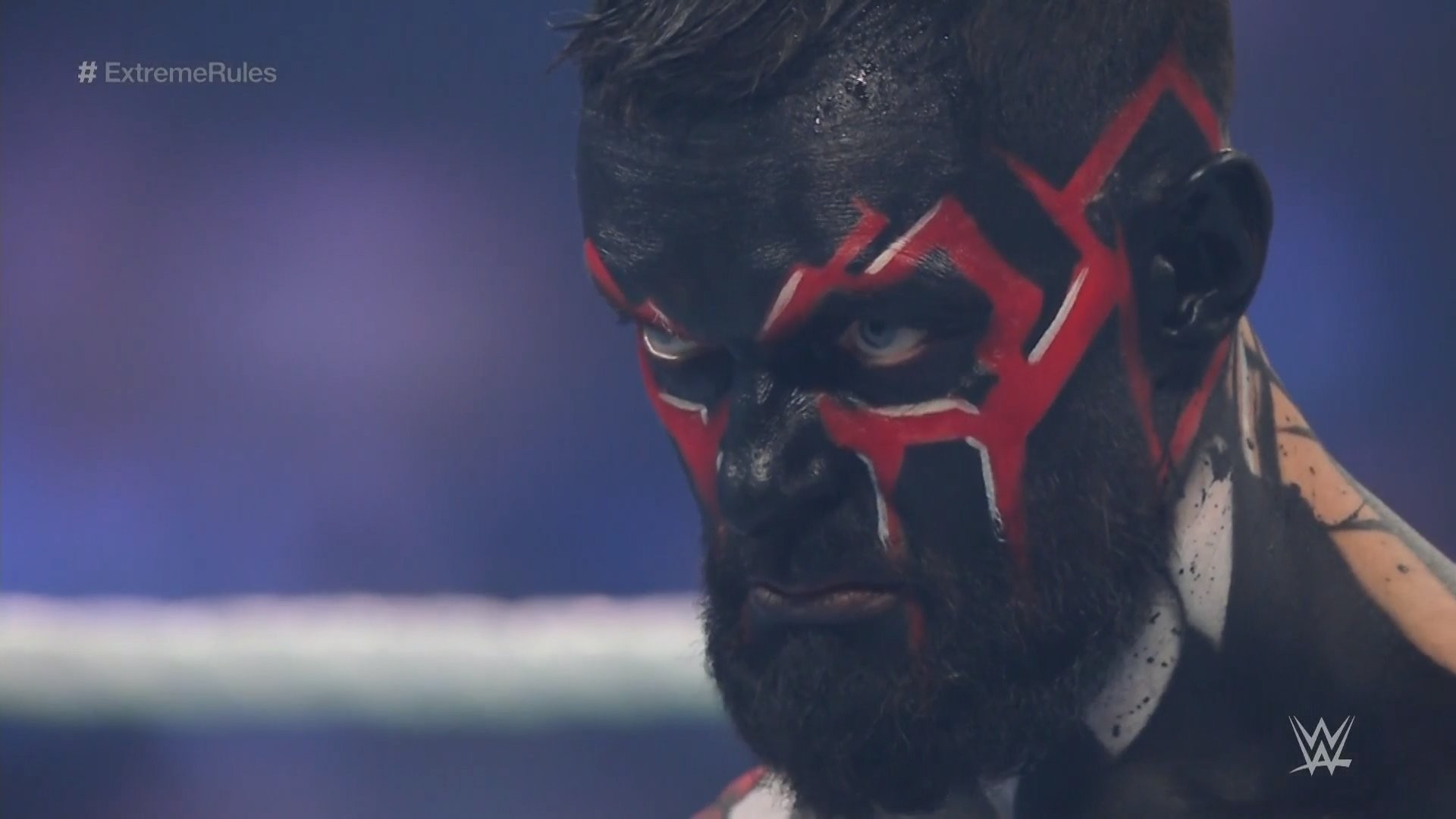 Roman Reigns retained the Universal Championship as he overcame ‘The Demon’ Finn Balor in a bizarre but brilliant main event at WWE Extreme Rules.

Two of SmackDown’s best delivered in a brutal match befitting of the stipulation with a bizarre ending seeing the Demon resurrected before the top rope snapped and left him open for a spear to seal the win.

The bout had some great moments as the Tribal Chief and Balor’s alter ego told a strong story with the latter looking strong throughout.

They brawled at ringside and into the crowd – complete with Roman demanding a face mask, which was a brilliant move – and delivered some brutal moments with chairs, a double kendo stick and more.

Balor looked to have it won after hitting a Coup de Grace on the fallen champion only for the Usos to pull him off the cover and start beating him down.

However, the Demon fought back, sending one half of the SmackDown Tag Team champs through the announce table before Reigns sent him through the barricade with a spear.

That drew a loud ‘holy s**t’ chant from a crowd full of energy all night, but there was a lot more to come as the lights flashed red and the Demon was resurrected at ringside.

He jumped up, music playing as he sent Roman through a table with a huge dropkick and got him back in the ring to set up for another Coup de Grace with the red lights on and the crowd sensing a title change.

Then, the top rope snapped in a very dangerous moment, sending Finn crashing to the mat and leaving him open for another spear which was enough to give Reigns a win.

This ending will have its critics – and WWE certainly has some explaining to do – but credit where credit’s due, this was a fantastic main event and a creative way to ensure the Demon is protected without ending Roman’s all-time great title run.

The night kicked off with a last minute addition to the card with The New Day taking on Omos, AJ Styles and Bobby Lashley in an incredible match.

All six men delivered here and looked like bona fide stars, and it was the right result as Big E capitalised on miscommunication between Styles and Lashley to pin the latter after a Big Ending.

Later, the All Mighty ranted backstage and branded the WWE Champion ‘chicken s**t’, laying down the challenge to face E for the gold on tomorrow’s episode of Raw – which he would go onto accept.

In the second bout of the night, the good times kept rolling with another fantastic clash between the ropes with The Usos defending the SmackDown Tag Team Titles against Street Profits.

The Bloodline retained the gold with Jimmy and Jey hitting the Uso Splash for the win after a spirited and enthralling clash between two of the best tandems around today.

Charlotte Flair retained her Raw Women’s Title over Alexa Bliss in a brilliant match making it three for three tonight.

Both stars clearly worked hard here, with the ending coming as the champ threw Lilly, distracting Bliss enough to hit a big boot and Natural Selection for the win.

After the bell, she destroyed the doll, ripping the stuffing out of her but Alexa attacked and beat her down, getting a measure of revenge before being thrown over the announce table by the Queen.

Bliss seemed heartbroken, picking up the remnants of Lilly and sobbing in the middle of the ring as the fans brilliantly chanted ‘Thank you Lilly’ in faux tribute.

Up next, it was time for the United States Title to be on the line as Damian Priest defended his gold against Sheamus and Jeff Hardy.

The fans were into every moment of this Triple Threat match, buying into it all and actually sounding desperate for the Charismatic Enigma to win the championship.

Priest more than held his own against two WWE mainstays and looked smart as he got the win with a roll-up, pinning Sheamus and suggesting they’ve got one more one-on-one match left in them.

That said, management would be wise to hear the reaction Hardy got tonight and look to feature the legendary star in a more prominent role going forward as he still has a lot to offer even in the midcard field.

The penultimate match saw Sasha Banks make her long awaited return to the interrupt an instant classic between Bianca Belair and Becky Lynch.

Both stars went all out to deliver in their clash over the SmackDown Women’s Title with an amazing sequence of near falls before the Legit Boss crashed the party.

She laid out the two opponents and made a huge statement (no pun intended) by putting the locker room on notice.