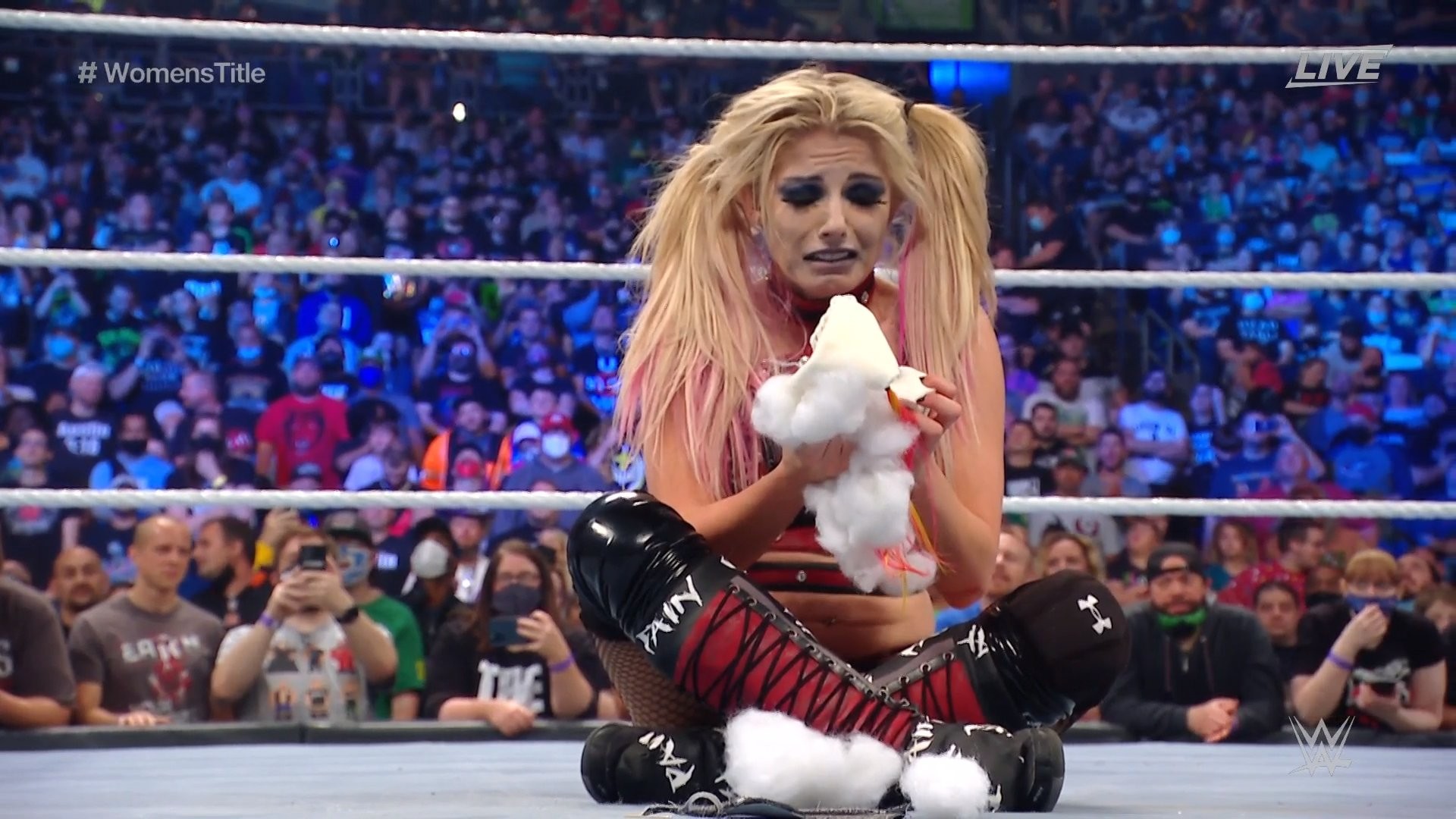 The Raw Women’s Champion defended her title on Sunday’s show as she faced off with Little Miss Bliss, who had her doll friend perched in the corner overlooking the action.

The match itself delivered bell to bell, with no magic twists in the ring as fans simply saw two of the best going at it.

However, Lilly played into the ending as the Queen initially threw her, causing a distraction leaving Alexa open to a big boot and Natural Selection, which was enough for Flair to retain the gold.

That wasn’t all though, as Charlotte ripped the doll limb from limb and left stuffing littered over the ring – and it’s safe to say Bliss didn’t take too kindly to the display.

She jumped on the attack and beat the champ down as a measure of revenge, but her rival turned the tide and launched her over the announce table before storming up the ramp.

Alexa then got back in the ring and looked distraught, cradling the stuffing and empty body of the doll as fans brilliantly chanted ‘Thank you Lilly’ in tribute.

Bliss could be seen foaming at the month as she made her way up the ramp, sobbing and holding her friend leaving everyone to wonder what’s coming next.

Although it’s a storyline that’s divided fans, it’s clearly getting a great reaction from fans and Alexa deserves a lot of credit for her performance in the role, which started under the mentorship of Bray Wyatt before his WWE exit.

It seems like there are more clashes in Flair and Bliss’ future, which is no bad thing based on tonight’s evidence – particularly with a more personal edge after the post-match developments.

Alexa isn’t a bad option to dethrone the Queen, although it might be too soon for that and the draft could even give them a way to separate the two and let a more fraught Alexa move onto something else.

Whatever happens, WWE did well to create some intrigue here.