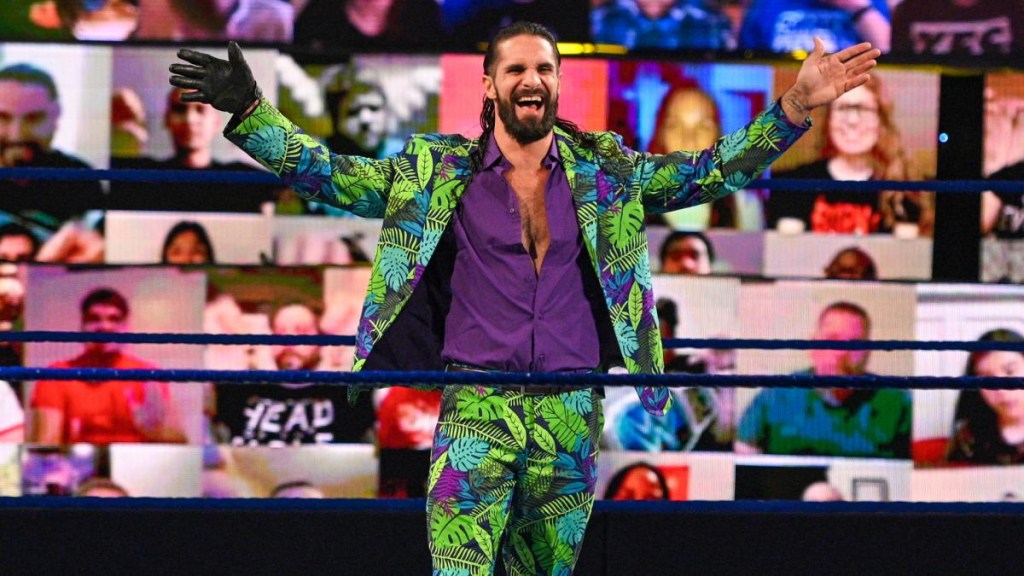 WWE superstar Seth Rollins has admitted he was ‘ready to strangle’ Vince McMahon after his match with The Fiend at Hell In A Cell 2019.

Two years ago, the Architect took on Bray Wyatt’s sinister alter ego inside the titular chamber but fans were less than impressed with red lighting making the action hard to see, while the booking of the bout was also heavily criticised.

Although that night ended up leading to Seth’s current character, in the moment he was fuming after blaming McMahon for the way things unfolded on the night.

Speaking to ‘Stone Cold’ Steve Austin on Broken Skull Sessions, he said: ‘Things happen for a reason, they happen the way they’re supposed to happen. It was what it was, but here we are.

‘Where we are now doesn’t exist without that match. put a positive spin on it now because I can look back a year and a half later, but at the time, I came through that curtain and I was ready to strangle Vince McMahon.

‘I’m not kidding you. TJ Wilson was there to hold me back. I stared right into Vince’s eyes, I looked at him, he looked at me, we didn’t say a single word to each other and he walked out.’

Instead, Rollins chatted to Paul Heyman – who was serving as the creative director of Raw at the time – before sitting down with McMahon the next day.

‘I went into Vince’s office, I was much calmer, and I said, “Let’s talk about this. We need to figure out what we’re doing here because that can’t happen again.” It was civil, but it took me a night,’ he admitted.

‘I was ready to go. If somebody wasn’t there making sure I was okay, my temper and the adrenaline.

‘In my head, if you go back to the match, I’m convinced that if it would have went our way, it wouldn’t be [voted Worst Match of the Year in the Wrestling Observer].’

It turns out Seth’s idea for the match ‘was a lot different’ than how things unfolded on the night, and he could feel the crowd turning on it as he and Bray instead executed what they were told to do.

‘My vision for what that match was going to be was a lot different than what we had to go out there and do. We went out there and did what we were told to do to the best of our ability,’ he explained.

‘It sucks. It’s a sucky feeling. You go back to it now, we talked about the Drip God character, that character doesn’t exist without that match. That’s really the catalyst for what happened later that year.

‘That happened in October, by the time December and January roll around, I’m no longer “Burn It Down” Seth Rollins, I’m a totally different being.’


MORE : WWE’s Doudrop got Vince McMahon seal of approval as he laughed at perfect description of wrestling role