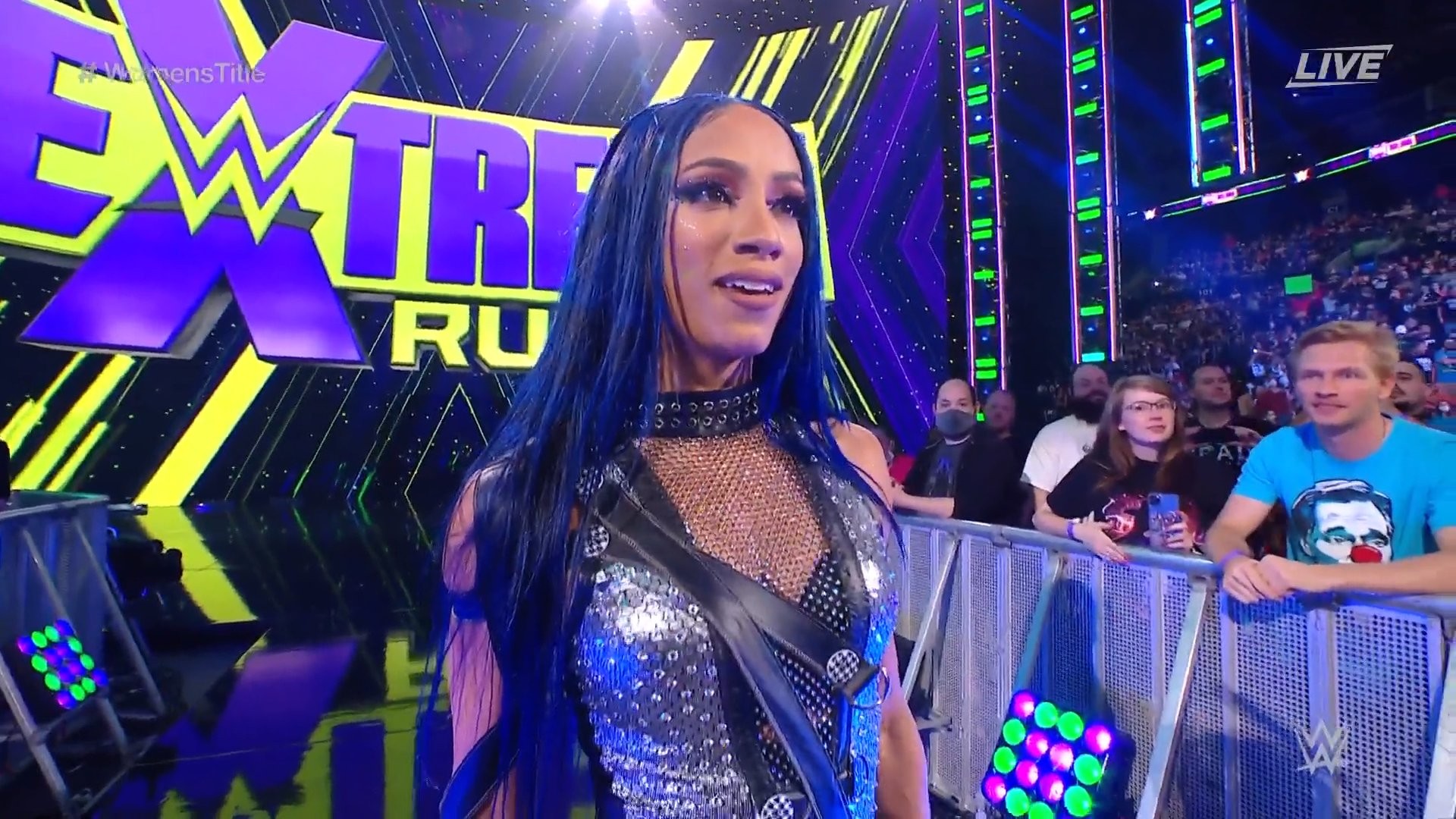 Sasha Banks returned at WWE Extreme Rules and made a statement by laying out two major stars.

The Legit Boss has been largely absent from TV since losing her SmackDown Women’s Title to Bianca Belair at WrestleMania, and she interrupted the EST of WWE’s major championship match against Becky Lynch on Sunday night.

Belair and Becky were in the midst of an absolute classic with the former setting up her opponent for the K.O.D. when Banks hit the ring.

She took out both women and left them lying after the bell, vowing to see them on SmackDown on Friday night.

Sasha is a huge deal with crossover appeal, and she is one of the best wrestlers in the world today across any company or division.

Having her back and looking so strong on her return is a great move by WWE, and also provided a smart way to keep both Belair and Lynch strong with neither having to take the loss here.

Of course, Banks was meant to face Bianca at SummerSlam this year but was pulled from the bout with Becky instead making her own shock returning and winning the gold in a matter of seconds.

Last time fans saw Banks in the ring, she was losing her title to Belair in an historic match at ‘Mania, which marked the first time two Black women have headlined the show.

Speaking exclusively to Metro.co.uk about that night in an interview before SummerSlam, Bianca said: ‘I feel like it’s still sinking in a little bit every step of the way. The way to describe it is that it’s an amazing feeling, but it’s not about my ego or anything.

‘I just feel honoured to be the person in this position. There’s been so many women that have laid the foundation and groundwork before me that allowed for me to step into this opportunity.

‘I’m just honoured to be the person, alongside Sasha Banks, that was able to deliver that and put that representation out there.’

Now, there’s a chance for them to enter another chapter in their rivalry – and fans are in for a treat.