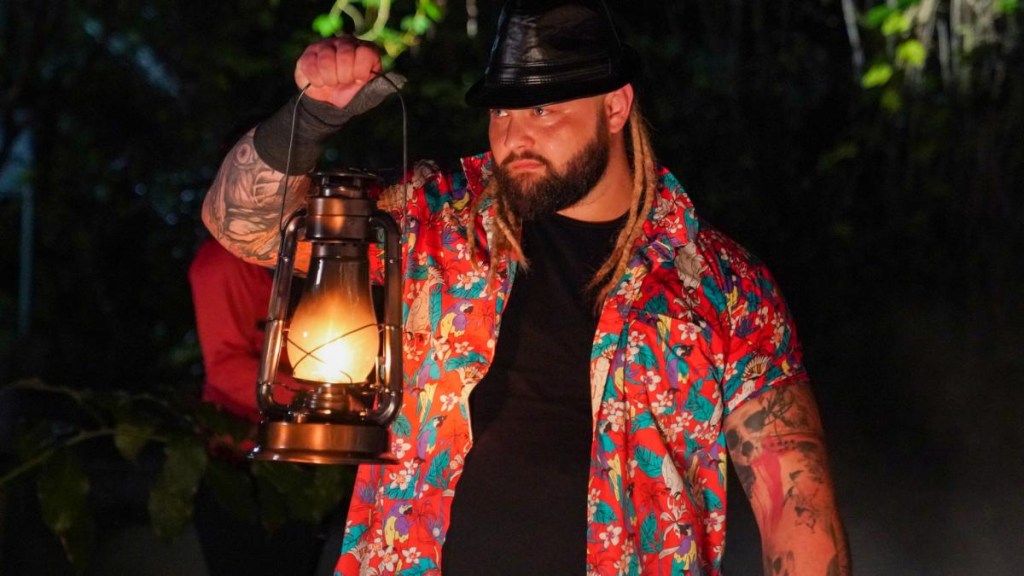 Bray Wyatt has got everyone talking after a cryptic post weeks after his WWE release.

Fans still can’t quite believe Vince McMahon’s company let The Fiend go at the end of July, and there has been plenty of speculation about his future in wrestling with rumours swirling about a potential AEW debut.

Wyatt is known for keeping everyone guessing and adding fuel to the fire without actually saying a word, and he did just that on Sunday night at Extreme Rules got underway.

Without a caption, he simply posted a picture of himself standing alongside former Wyatt Family partners Erick Rowan and the late, great Luke Harper (Brodie Lee) opposite Daniel Bryan and The Usos.

There’s a lot to unpack here, with AEW set to be in Brodie’s hometown of Rochester, New York on Wednesday night with many wondering if that will be when Bray makes his presence felt.

There’s also the fact he’s standing across from the American Dragon, who’s now working for All Elite Wrestling under his real name Bryan Danielson.

Naturally, the replies are full of people wondering what’s going on – but it’s not the only tweet Wyatt has sent out tonight.

Responding to a news story about Seth Rollins wanting to ‘strangle’ Vince McMahon after his and Bray’s disastrous Hell In A Cell match in 2019, it seems he felt even worse.

Wyatt replied: ‘Wait until you hear my reaction.’

Speaking to ‘Stone Cold’ Steve Austin on Broken Skull Sessions, Rollins said: ‘Things happen for a reason, they happen the way they’re supposed to happen. It was what it was, but here we are.

‘Where we are now doesn’t exist without that match. put a positive spin on it now because I can look back a year and a half later, but at the time, I came through that curtain and I was ready to strangle Vince McMahon.

‘I’m not kidding you. TJ Wilson was there to hold me back. I stared right into Vince’s eyes, I looked at him, he looked at me, we didn’t say a single word to each other and he walked out.’