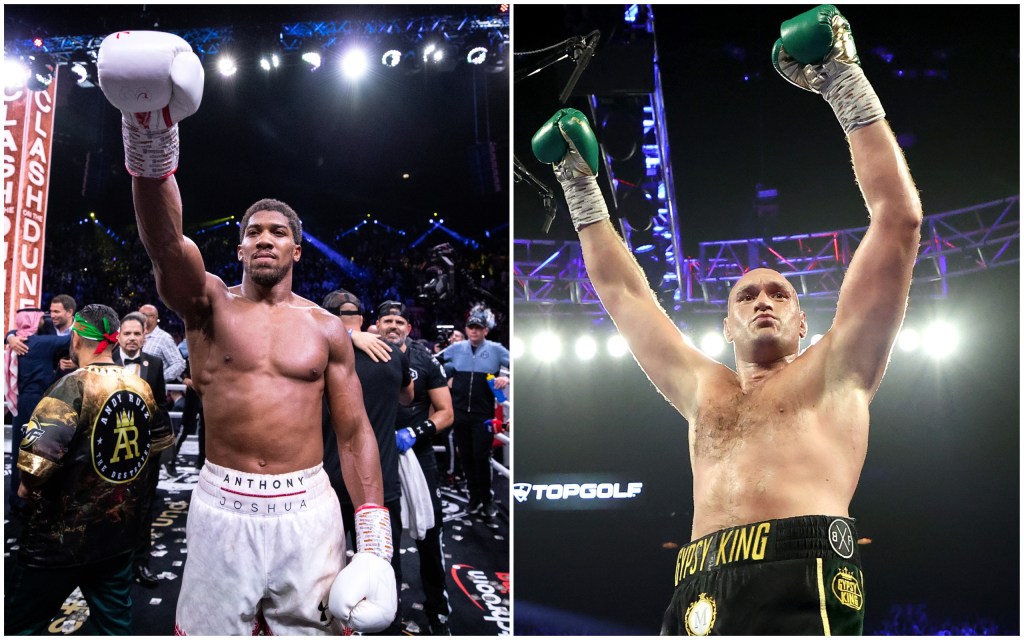 Anthony Joshua still hopes to fight Tyson Fury and Deontay Wilder at some point in his career even if world titles are not on the line.

The Briton lost his IBF, WBO and WBA heavyweight titles after a sobering defeat to Oleksandr Usyk at the Tottenham Hotspur Stadium on Saturday.

Joshua fell to the second defeat of his career against the Ukrainian and while a rematch clause he intends to activate will offer the opportunity to reclaim his belts, it scuppers any immediate plans for a unification bout with WBC king Tyson Fury.

Talks for the two Britons to meet for all four major world titles collapsed in the summer but defeat to Usyk ends hopes of that contest happening any time soon.

While his immediate focus is on the Usyk rematch, Joshua is still eager to take on Fury and Wilder – even if there are no titles on the line.

‘The road to undisputed, it’s good,’ Joshua said in his post-fight press conference.

‘But I’d fight Tyson Fury, Wilder and whatnot without the belts.

‘The belts are fun, it’s great, it’s legacy but with or without the belts I’ll fight whoever.

‘That’s the main thing, you’ve got two competitive fighters in the ring, from UK soil that just want to go toe-to-toe.’

Hearn suggested the rematch could take place in February and March with Usyk eager for it to take place in Kiev, although the Matchroom chief suggested such a plan would be ‘unlikely’.