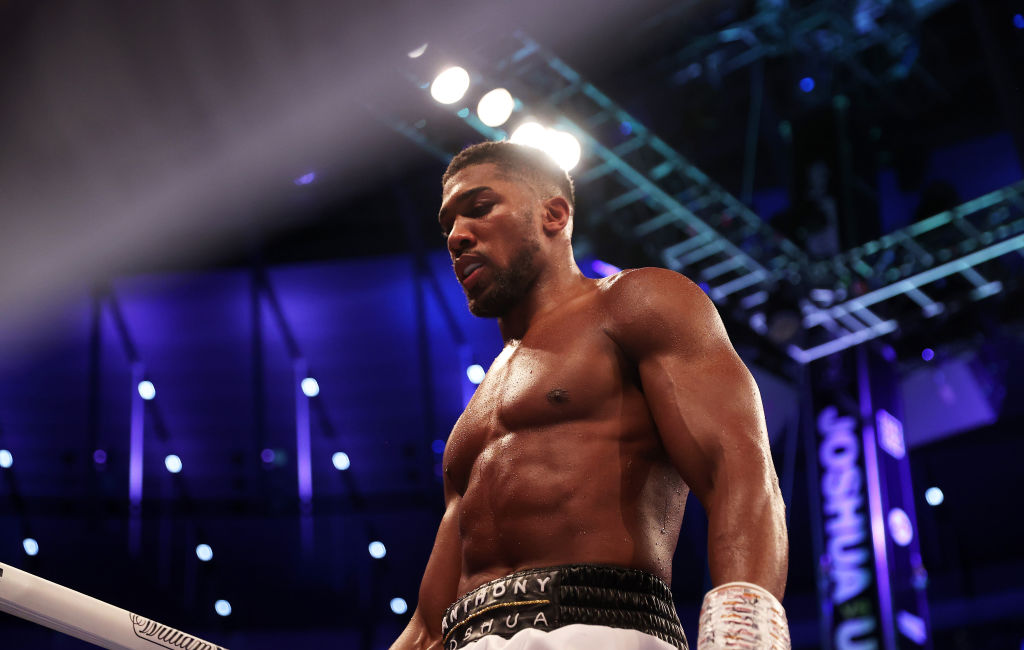 Anthony Joshua is determined to stay positive after his devastating world title defeat to Oleksandr Usyk on Saturday.

Usyk turned in a boxing masterclass to take the IBF, WBO and WBA heavyweight titles, dethroning Joshua in his own back yard at the Tottenham Hotspur Stadium.

Joshua immediately left the ring after the Ukrainian’s unanimous decision win and was taken to hospital to be assessed after taking damage to his right eye during the contest.

But he wrote on Twitter: ‘Keep positive even if the world’s crumbling in front of you!

‘London I love you and thank you each and every time!’

A rematch clause will give Joshua the chance to reclaim his titles but promoter Eddie Hearn has warned big changes are needed if he is to avenge the loss.

‘The fighter in AJ is already talking about winning the rematch.

‘It was a tough defeat. I had it reasonably close in the eighth and then Usyk ran away with it. If that happens again, he will get beat again.

‘Usyk’s confidence will be sky high. He has to impose himself but when you get to the level of AJ, there are no 10-round comeback fights or warm ups.

‘You are straight into the fight. He will be an underdog in that rematch.

‘He chose to take on a pound for pound great tonight, and it didn’t work out. He deserves credit for that but this is sport.’