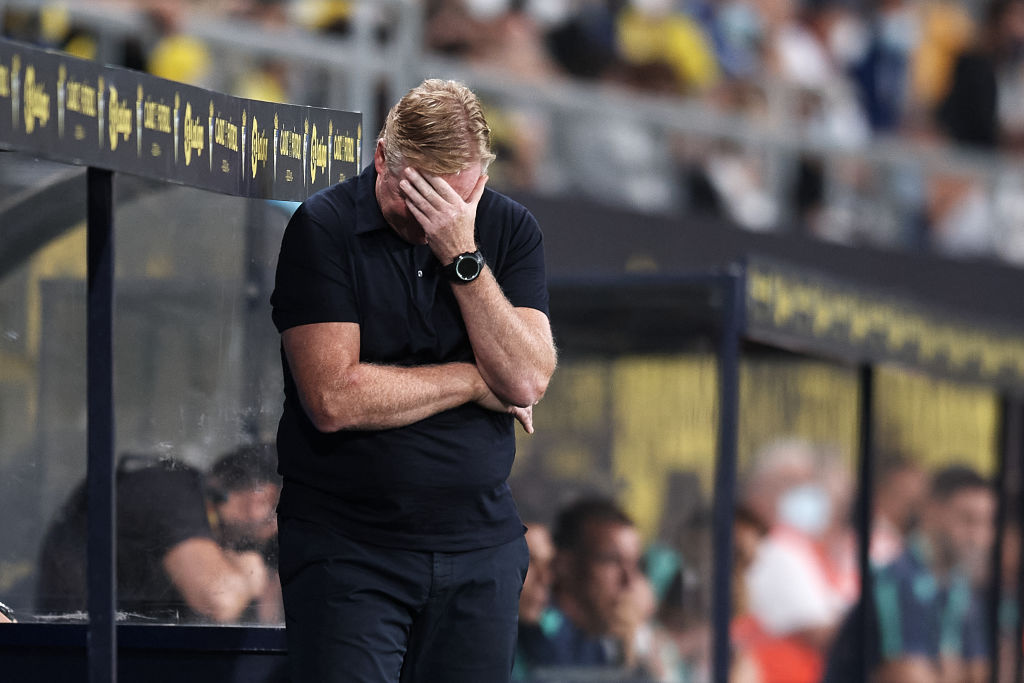 Ronald Koeman took aim at referee Carlos del Cerro Grande and Spanish officiating after he and Frenkie de Jong were sent off during Barcelona’s goalless draw away to Cadiz.

Barca will have been desperate for a strong performance and a result against newly-promoted Cadiz but it was another lacklustre showing from the visitors, who now find themselves languishing down in seventh place in La Liga.

The disappointing result piles yet more pressure on an already under-fire Koeman, with club president Joan Laporta reportedly scouring the market for the Dutchman’s possible replacement.

Tensions boiled over in the second half as De Jong was shown two yellow cards in quick succession and Koeman could not hide his fury as he paced up and down the touchline at the Estadio Nuevo Mirandilla.

And the situation soon went from bad to worse for Koeman as he too was sent off for protesting a stoppage-time booking for Sergio Busquets, meaning he will be suspended for Barca’s next two league games.

‘In this country they send you off for nothing,’ an irate Koeman said shortly after the final whistle.

‘Everybody saw that there was a second ball on the pitch except the referee.’

Despite being reduced to ten men for the final 25 minutes, Barcelona had 68 per cent of the possession and Memphis Depay came close to sealing all three points at the death.

‘In general, the team played well. We had a lot of possession,’ Koeman added.

‘It was difficult to create many chances but we did have the best ones in the game right down to the last minute.

‘And with Memphis in the last minute, even with one less player, I would never complain about the attitude of the players today.

‘It’s very difficult. You have to have a lot of creativity here and in this game maybe we were missing the last pass.

‘It was a game where we thought we would score but if you don’t score, you don’t win games.’

Koeman batted off questions about his future and insisted he was pleased with his side’s display.

‘We made the other team work hard to close down the spaces and you saw them lose their energy which is what you’re looking for,’ the ex-Everton and Southampton manager went on.

‘But then Frenkie got sent off and that made the game more complicated for us.’