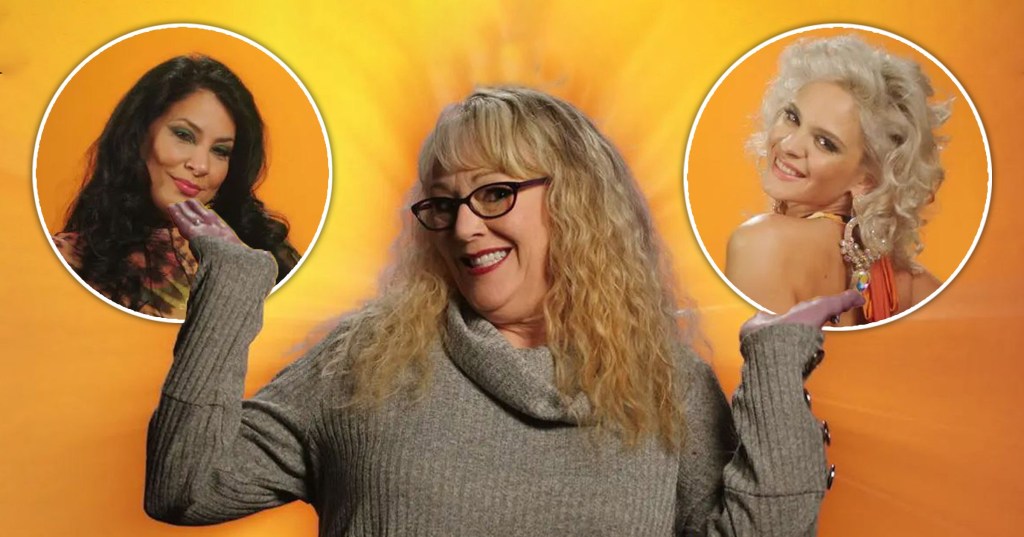 Michelle Rider’s time on The Circle US didn’t quite go to plan but she had made it clear she harbors no ill will against sisters Ava and Chanel Capra for catfishing as her on the hit Netflix series.

Season 3 kicked off the twists and turns after the sister got the boot, only for them to be given the chance to assume Michelle’s identity and convince fellow contestants that they were the true Michelle.

Suddenly the battle between Orange Michelle and Blue Michelle had viewers shook as the duo managed to get the 53-year-old comedian blocked from the circle.

Naturally, some fans took the situation to heart and soon found the sisters on social media.

However, TikTok star Michelle condemned the trolling messages as she told Metro.co.uk: ‘Ava and Chanel really got a bad rap for all of this. I know they’ve received a lot of awful messages and it’s not okay.

She continued: ‘In reality, Ava and Chanel – and everybody on that cast – are genuinely very kind people. People need to remember it’s a show, it’s entertainment. People really take this to the extreme… nothing should warrant choosing to verbally abuse or bully anyone. That’s wrong.’

The reality star added: ‘It wasn’t their fault. I was on the bottom so it was other people’s decisions along with well, along with theirs. They were given a chance and they were playing a good game.’

The stand-up comic went on to admit she had been hurt by the catfish twist at the time, simply because it was such a shock to have people pretending to be her.

‘What bothered me more than anything was feeling so violated,’ she explained. ‘Moments when Ava and Chanel were bringing up my grandmother and children, that’s what really struck a nerve with me.

‘My reaction when I got blocked was genuine as I was just completely upset that I felt like I wasn’t even given an opportunity. I wasn’t given a chance.’

Though her time on the show was short, the star made an impact with viewers flocking to social media to show their love for ‘Mama Michelle’.

Plus, Michelle did manage to make the most of her time on the show as she revealed spending her downtime working on stand-up routines that she hopes to tour across the States as soon as she gets the chance.

So will we be seeing Michelle on reality TV again? The comedian insisted she would be keen to get back on The Circle.

‘I hope they do another season where they bring players back. ‘Cause I have a strategy this time,’ she stated. ‘I would definitely come back to the circle for a second round. So you can see me take my crown and walk off with $100,000.’

The Circle US is available to stream on Netflix.


MORE : The Circle US season 3: Everything we know about the Netflix series


MORE : Why was The Circle cancelled? Channel 4 boss reveal motivation behind controversial axe