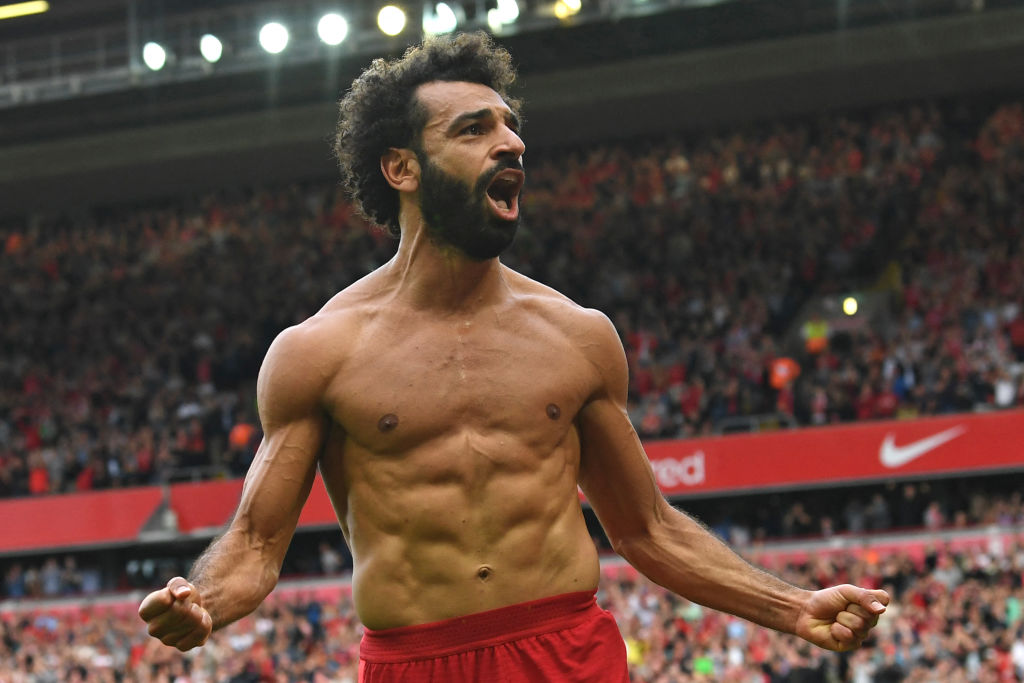 Ray Parlour has backed Mohamed Salah to finish the season with a higher goalscoring tally than Cristiano Ronaldo as he feels the Liverpool forward is likely to play more games.

Salah has enjoyed a barnstorming start to the 2021/22 campaign, with the 29-year-old Egyptian netting five times in his opening six appearances in all competitions for the Merseyside giants.

Ronaldo, 36, meanwhile, has made an immediate impact after returning to Manchester United from Juventus in the summer transfer window, scoring twice in the Premier League and once in the Champions League.

It promises to be an intriguing battle between two of the great finishers of recent times, but former Arsenal and England midfielder Parlour is confident the Liverpool man will come out on top.

‘Who will score more goals this season? Good question. I think Salah might score a few more goals than Ronaldo,’ Parlour told talkSPORT.

‘The only reason is that I don’t think he [Ronaldo] can play [every game]. If he does play every game, it would be an amazing achievement for a 36-year-old.

‘But I think you’ve just got to manage him a little bit more than Salah. Salah, if he’s fit, he’s playing.’

Parlour believes Ole Gunnar Solskjaer should look to rest Ronaldo when United are cruising in games this season.

‘I think the most important thing for Liverpool with Salah is to get him to sign a new contract. That’s what Liverpool have to do.’

Salah has two years remaining on his current deal with Liverpool and is reportedly demanding eye-watering £500,000-a-week wages to extend his stay at Anfield.

‘I would give it to him,’ Parlour added.

‘I know it’s ridiculous money but you’ve got to replace him. How do you replace a player like Mohamed Salah?!

‘How much have you got to spend to replace him? So if you work it out like that in those terms it’s £25m-a-year. Four-year contract, that’s £100m.

‘What striker are you going to get for £100m? And you’ve still got to pay their wages. Salah is settled, he knows what Liverpool are all about.

‘Some players might not settle at certain clubs. Don’t get me wrong, [Erling] Haaland’s going to be on everyone’s shortlist next year when you can get him for £75m, but he’ll still demand £300-400k-a-week.

‘So as much as £500k-a-week is ridiculous, Salah bangs the goals in week in, week out for Liverpool so you’ve got to try keep him if you can.’