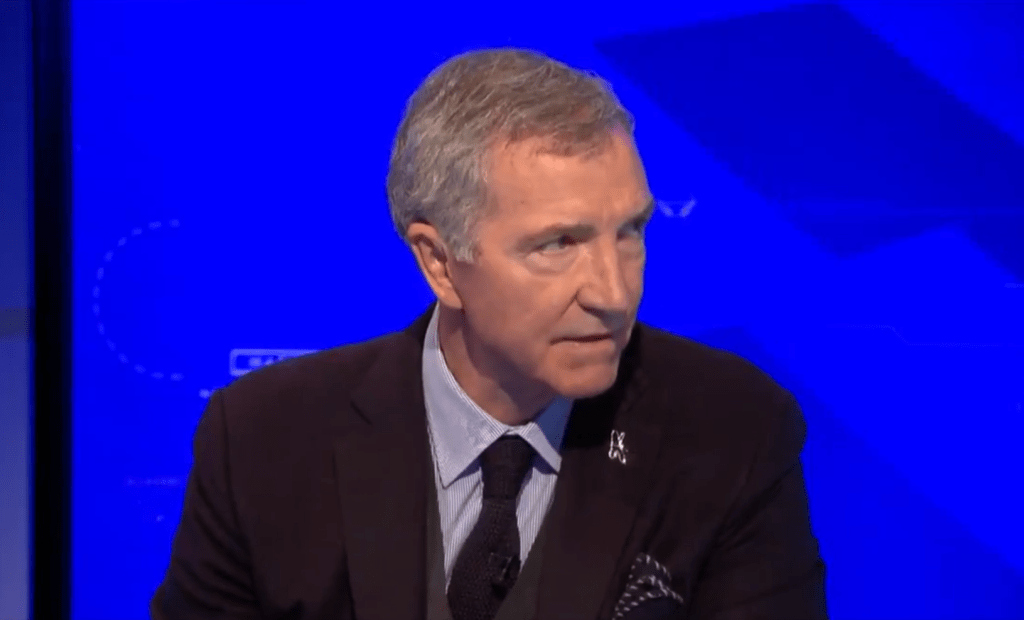 Graeme Souness has hailed the strength of the Premier League and named his three favourites to win the title.

Manchester City stormed to the title last season but have already dropped five points this season, losing to Tottenham on the opening weekend and drawing at home to Southampton on Saturday.

City are currently second in the table, three points behind Liverpool who this weekend maintained their unbeaten start to the season with a 3-0 win against Crystal Palace.

Third-placed Manchester United and fourth-placed Chelsea can move above Manchester City and level with Liverpool on Sunday when they face West Ham and Tottenham respectively.

Many pundits have suggested that Man City, Chelsea, Man United and Liverpool could be set for a four-way tussle to win the Premier League, but Souness believes there is still ‘question marks’ over one of the clubs.

Ole Gunnar Solskjaer’s charge have welcome Cristiano Ronaldo, Raphael Varane and Jadon Sancho to Old Trafford this summer but Souness is still wary of putting the Red Devils in the same category as their title rivals because of their recent trophy drought.

‘I agree this is the strongest top four we’ve seen in the Premier League for several years,’ Souness told The Times.

‘But with the caveat that there are still more question marks against Manchester United than any of the other title contenders – Chelsea, Liverpool and Manchester City.

‘United have not won any major trophies recently and have spent a great deal of money. Liverpool and City have been the real deal for the past few years and Chelsea have won the Champions League.

‘If you put it like that, it’s common sense. The other ones have not only won trophies, but the big trophies, the important ones.’

Souness added on the European champions: ‘If you’re playing against Chelsea it’s hard to see where you’ll get joy. They can take you on in a football match or stand up to you physically.

‘They have strength in the middle and on the flanks and now carry a real goal threat – which they lacked last season – after signing Romelu Lukaku.

‘Like all the best teams, Chelsea have a plan B. If circumstances conspire against them, they can change their strategy.

‘How well did they do that after going down to ten men away to Liverpool? Sometimes, for whatever reason, an obvious one being a red card, you have to adapt and plan B comes out, and they applied it perfectly.’

‘I think Manchester City are the favourites, as they’re the defending champions and still keep strengthening themselves, which is what they do every season,’ he told ESPN earlier in the week.

‘They, even being champions, always want to reinforce, so they are favourites for the season.

‘Chelsea, current Champions League champions, keep buying, too. I think these two teams come really strong, too, and are the favourites.’