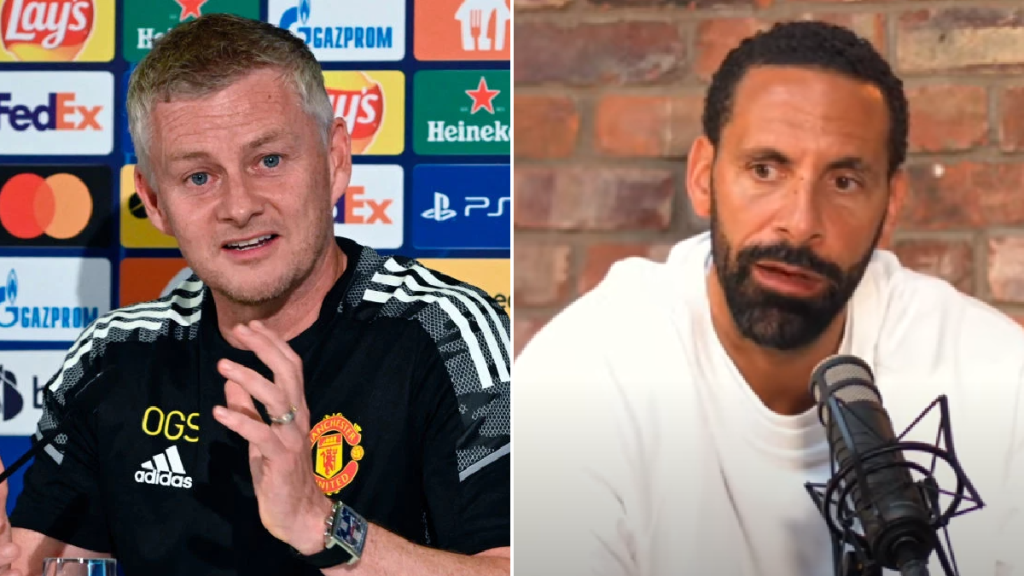 Ole Gunnar Solskjaer has hit back at Rio Ferdinand after the Manchester United legend suggested Cristiano Ronaldo had undermined his own manager.

After Ronaldo was subbed off during United’s Champions League defeat to Young Boys on Tuesday, the five-time Ballon d’Or winner was seen standing alongside Solskjaer on the touchline and shouting towards the pitch.

Ferdinand felt Solskjaer should have told his new signing to ‘sit down’, telling BT Sport after the 2-1 loss: ‘If I’m the manager, I’ve got to be honest, I’m telling him to sit down.’

‘It should have been a yellow card for the boy when he brought down Nemanja (Matic). Both Bruno (Fernandes) and Cristiano, as competitive as they are, suddenly I had them on my shoulder.

‘They were there for a brief spell and shouted to the referee. That was the aggravation of getting a few bad decisions against us.

‘But then Cristiano sat down and Bruno sat down. We know that there is only one man allowed in that technical area and that’s either me or Michael Carrick or Mike Phelan or Kieran McKenna who is up there.

‘That was just a spur-of-the-moment thing, over a player who should have been sent off.

‘So I don’t have any problem with them showing some passion and then going back down. It’s not like he (Ronaldo) was coaching his players. No.’

While Manchester United were beaten in Switzerland, Ronaldo once again got on the scoresheet, netting his third goal in two appearances since returning to Old Trafford last month.

The Portugal legend will hope to help the Red Devils get back to winning ways on Sunday against West Ham.