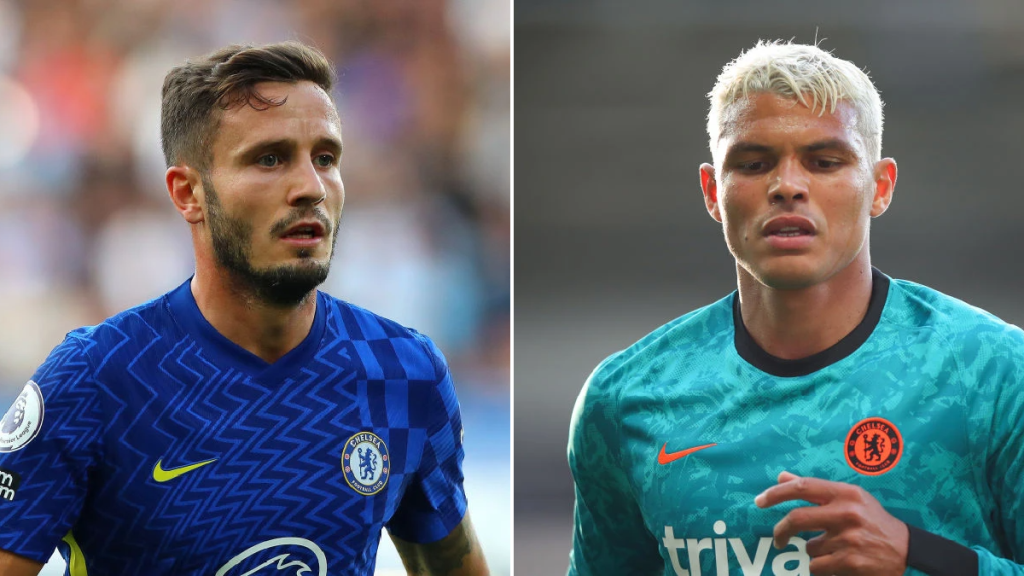 Saul Niguez has revealed how Chelsea defender Thiago Silva reassured him after his disappointing debut for the club.

The Blues signed Saul on loan from Atletico Madrid on transfer deadline day and the Spanish midfielder was handed his Blues debut in last weekend’s Premier League clash against Aston Villa.

Saul, 26, only lasted 45 minutes, however, before being taken off at half-time and subsequently criticised by Chelsea manager Thomas Tuchel in his post-match press conference.

More supporting words followed from Tuchel, but it was not only the German boss who reached out to Saul, with the midfielder revealing Thiago comforted him following the setback.

In an interview with Fabrizio Romano on Twitch, Saul said: ‘After my poor performance in my first match, Thiago Silva in particular supported me a lot.

‘He said to me, “My first game with Chelsea was much worse! Believe me and don’t worry about it.”’

Like Saul, Thiago also struggled on his Premier League debut, a 3-3 draw with West Brom at the start of last season.

But the Brazilian quickly found his feet at Stamford Bridge, helping Tuchel’s side win the Champions League and secure a top-four finish in the Premier League.

On Friday, Tuchel was asked about Saul’s reaction to be subbed off at the weekend, as he prepares to take his Chelsea team across London to face Tottenham on Sunday.

‘We have guys who experienced the same difficult start as him,’ Tuchel said. ‘This team is a very supportive team so everybody shared their experiences also from their first matches in the Premier League.

‘When I was on the sideline for my first match, it was at another level. We don’t doubt his quality and his ability to adapt.

‘It takes maybe a bit of time to get it off his shoulders but he is at an age where he does not worry too much. He’s self-confident.

‘The best way to react is what he did, he trains good and he trains with intensity and this will prepare him for the next time he is on the pitch for us.’