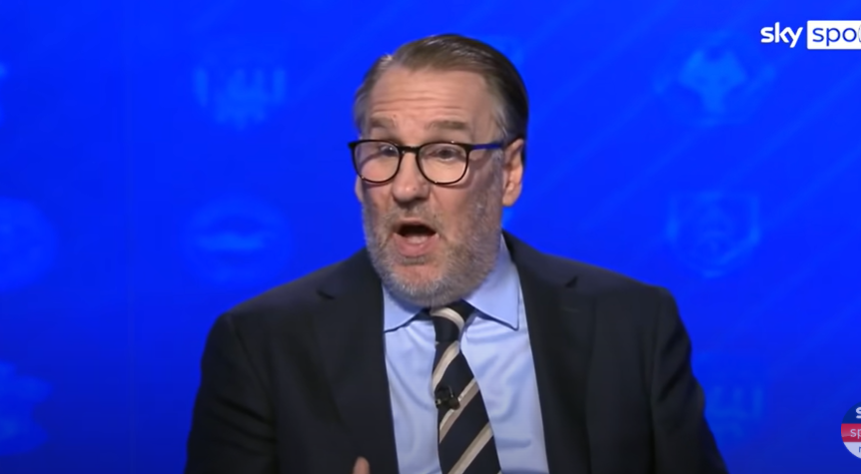 Paul Merson says Mason Mount has ‘saved Chelsea £70m’ and has taken a swipe at Tottenham, claiming they are ‘a million miles away’ from rivalling the Blues this season.

European champions Chelsea are currently joint-top of the Premier League with 10 points from four games, while Spurs are one point but five places behind in seventh.

Tottenham were top of the table after three games but there were still concerns over the team’s performance, and a humbling 3-0 defeat at Crystal Palace last weekend only raised question marks over the north London club.

Merson cannot see Spurs challenging for trophies this season and says Chelsea’s bench is practically stronger than Tottenham’s starting XI, as the London rivals prepare to meet on Sunday.

‘Chelsea will have a bench full of players Tottenham would kill for this weekend,’ he wrote in a column for the Daily Star.

‘You look at the subs Chelsea had against Aston Villa the other week – Cesar Azpilicueta, Jorginho, Timo Werner, Mason Mount, Ben Chilwell.

‘They would all get in the Spurs team. N’Golo Kante and Christian Pulisic weren’t even in the Chelsea squad. If you were Tottenham you would take every single one of those players.

‘They are a million miles away from competing with Chelsea for trophies this season.’

Merson also said England international Mount has saved his club a fortune after graduating through Chelsea’s academy and establishing himself as a mainstay in the first-team.

‘When you have players like that coming through it helps. Mason Mount has saved Chelsea £70m. That’s how they can go out and spend their money on a Romelu Lukaku.’