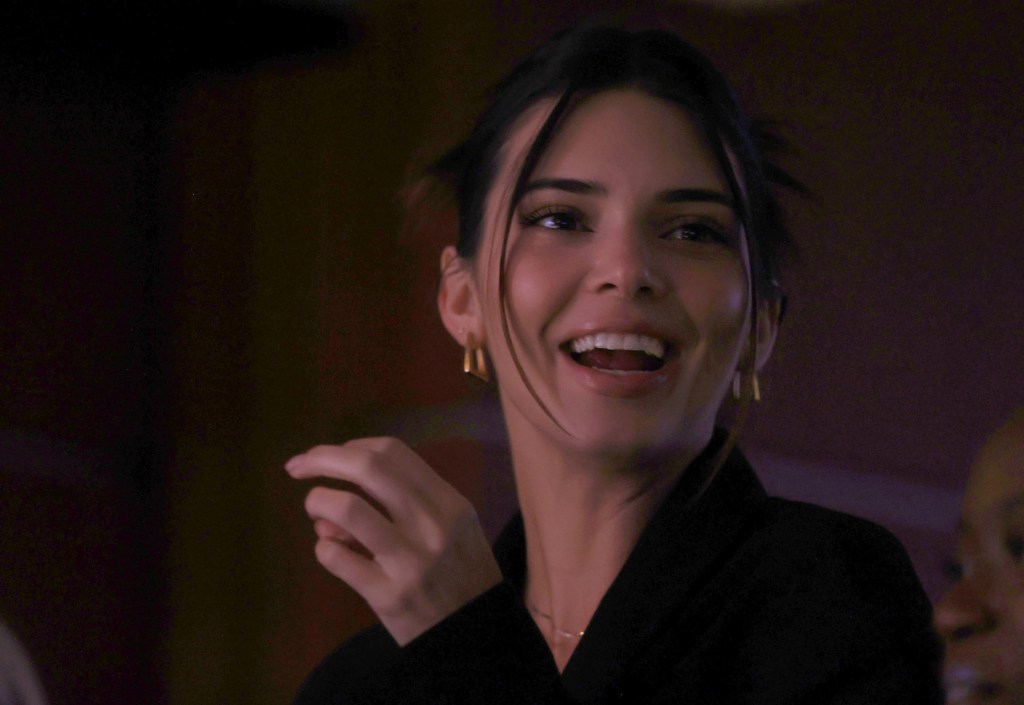 Kendall Jenner has shared that her tequila brand is now supporting the community where it is made in Jalisco, Mexico.

The model and entrepreneur launched her venture in February but faced cultural appropriation backlash shortly afterwards for since-deleted photos she shared on Instagram, posing in cowgirl garb alongside real-life tequila farmers and in an agave field in Mexico.

The 25-year-old was also criticised for profiting off an agricultural industry that is integral to the Mexican economy.

However, in an appearance on The Tonight Show Starring Jimmy Fallon, Kendall revealed that her 818 Tequila brand, through new sustainability initiatives, was now supporting and ‘being friendly’ to the local community.

She explained: ‘At our distillery, which I was just at the other day, we found a way to take the agave fibres and the water waste and build this sustainable brick that we’re are actually donating back to the community of Jalisco.’

The reality TV star added: ‘Along with saving the planet, it’s important to us to be friendly to the community as well. We’re donating them and building homes for people that need homes.’

She then said there was a half-built hospital already in progress.

Kendall also joked that her little niece Stormi ‘has the biggest crush’ on her boyfriend of one year, Phoenix Suns basketball player Devin Booker.

Elsewhere, big sister Kim Kardashian, 40, addressed the photo of her and Kendall at the Met Gala that went viral.

Why are we not surprised Grimes’ son calls her by her first name?

Kim, who was entirely covered up in an all-black Balenciaga outfit with boots, gloves and a full balaclava, posed next to her sister, who was wearing a bejewelled outfit inspired by Audrey Hepburn’s ballgown in the film My Fair Lady.

Commenting on the photo of the siblings speaking, while Kim gestured at Kendall, the Skims founder explained on her Instagram Stories: ‘Kendall was calling my name and I couldn’t see who it was but I saw the outline of her sparkly dress’ adding a cry-laughing emoji.


MORE : Kim Kardashian ‘done’ having children amid split from Kanye West: ‘I have a lot of kids’