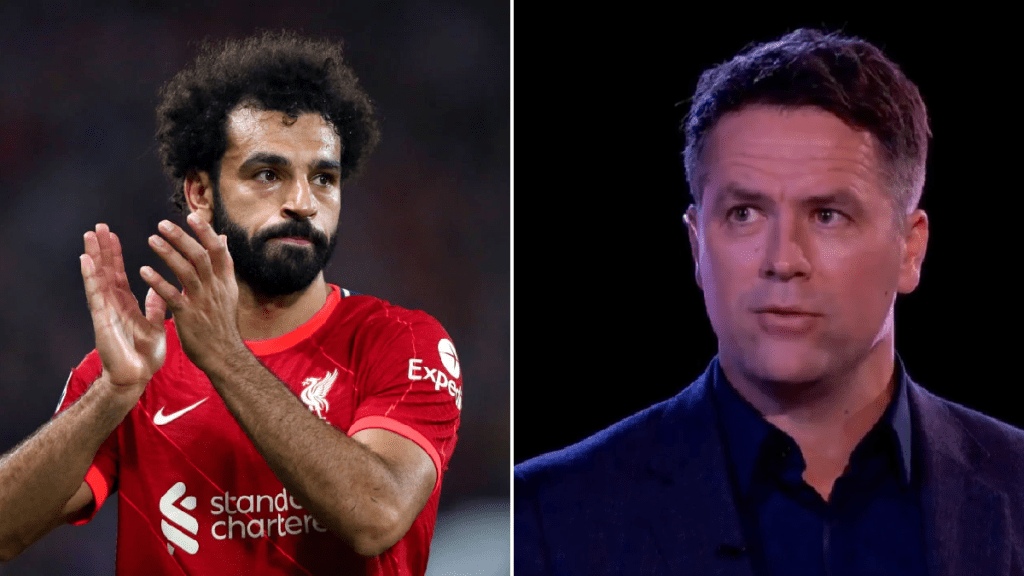 Michael Owen is confident Liverpool will tie down Mohamed Salah to a new deal but has backed his former club’s stance on contracts and insists they should avoid repeating Arsenal’s mistake.

Egypt superstar Salah has been locked in contract talks with Liverpool since the summer but terms are yet to be agreed, with his current deal set to expire in less than two years’ time.

The Reds have secured new long-term deals for the likes of Virgil van Dijk, Trent Alexander-Arnold and Fabinho recently and are naturally keen to see Salah follow suit.

Owen expects Salah to put pen to paper on a new deal but used Arsenal’s latest contract for Pierre-Emerick Aubameyang as a warning to Liverpool when asked about his situation at Anfield.

‘I’m guessing his deal is more complicated than the others as he’s the main goalscorer and the big earner,’ Owen told BT Sport following Liverpool’s thrilling Champions League victory over AC Milan.

‘I imagine his is the most complicated as it will probably be his last big contract. From the club’s point of view, I know everyone says, “give him what he wants”. But fans don’t actually want that.

‘You need structure. If you give Salah double what Van Dijk’s on, suddenly there could be a problem in the camp.

‘We’ve seen lots of instances like that over the years, at Arsenal in the main. Aubameyang was just given what he wanted and now look…

‘It’s his last big contract, he’s not going to move and he’s on whatever he’s on a week. It’s not as easy as that. I think you’ve got to keep a bit of respect and parity without the club.

‘He’ll probably become Liverpool’s top earner because I think they’ll find a way. There’s no word coming out that they’re miles apart so I think it will get done but I do think Liverpool are right to make it as reasonable as possible.’

Salah was on target in Liverpool’s exciting 3-2 victory over Italian giants AC Milan on Wednesday night and now already has four goals this season.

Former Manchester United and England defender Rio Ferdinand added: ‘If you’re seeing Virgil van Dijk, Fabinho, Trent Alexander-Arnold all signing new deals and you weren’t the first one they pulled in to sign one, does that effect your mentality?

‘All these guys have signed new deals and he’s as important as them, if not more.

‘If you’re his agent or him, and you see Cristiano Ronaldo coming to the Premier League and what he’s earning, you want to be around that ballpark.

‘What he’s done in the Premier League has been relentless… top of the charts. He must be looking at people like Aubameyang and think he needs to be above that. I need to be around these guys.

‘These things are difficult, it’s complex and there’s a lot riding on it. But he’s a fabulous player so you have to keep him at Anfield.’