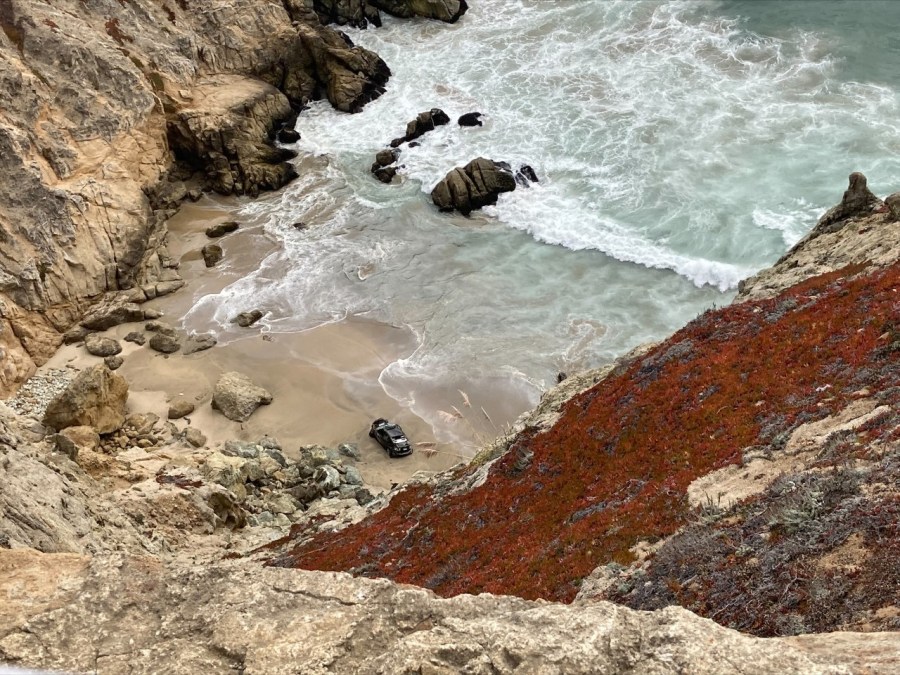 PACIFICA, Calif. (KRON) — Authorities responded to a fatal collision Wednesday after a car drove off a cliff along Highway 1 in Pacifica, according to the California Highway Patrol.

CHP San Francisco said a car went of the road, flew 100 feet into the air before landing on the beach around 2:15 p.m.

Officials said the car landed on its wheels and they did not see anyone get out of the car once it landed.

Multiple agencies responded to the scene.

One-way traffic controls were in effect on Highway 1 near the Tom Lantos Tunnel for more than two hours.

The car and a body were recovered from the scene, officials said.

The investigation has been turned over to the California Highway Patrol.

No other details were released.