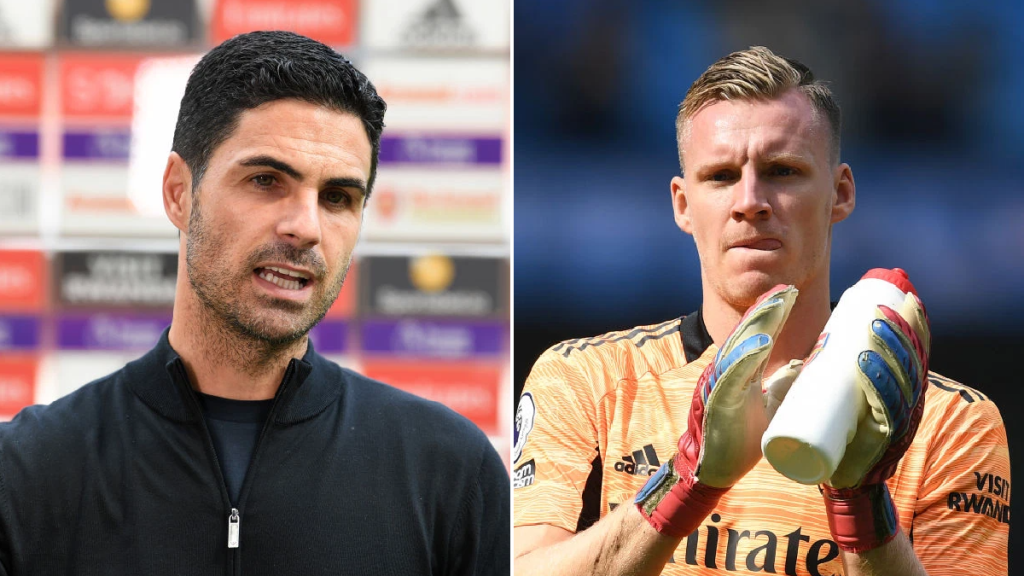 Axed Arsenal goalkeeper Bernd Leno looks increasingly likely to be sold next summer after Mikel Arteta dropped the German for Saturday’s win over Norwich, according to reports.

The 29-year-old was already facing an uncertain future after the Gunners decided to spend £30million to prise Ramsdale away from Sheffield United, the joint-highest fee ever paid for a British goalkeeper.

Ramsdale was expected to be integrated slowly, but Arteta opted to start the England international ahead of Leno against Norwich and he kept the side’s first Premier League clean sheet of the season.

According to the Daily Mail, Arteta intends to continue with Ramsdale between the sticks for Arsenal’s next match against Burnley and Leno’s long-term future is now looking very uncertain.

The north Londoners always signed the 23-year-old Ramsdale with the intention of him becoming the club’s number one goalkeeper by the end of the season, though that process if happening far quicker than expected.

Now Arsenal are effectively laying the groundwork to offload Leno next summer – when he will only have one year left on his contract – and expect to field plenty of offers for the shot-stopper.

It is possible that the situation could change if Ramsdale’s form deteriorates and Leno wins back his place, but for now the club expect to need to sign a new backup goalkeeper to play understudy to Ramsdale from next summer onwards.

There is a very small chance that they could consider letting Leno leave in January, though that is not currently expected to happen.

Ramsdale is relishing his battle with Leno, saying after his start against Norwich: ‘I don’t know what the manager is going to do.

‘This [game against Norwich] might have just been a tactical tweak, so it is my responsibility to force him to carry on picking me, which is something I have to do on a daily basis.

‘Me and Bernd will be very competitive in a good way, healthy and hopefully I can stay in the team.

‘You have got to be ready to play as a goalkeeper. You don’t know when anything is going to happen. I’m ready every week.

‘So now we have got to continue the competitiveness on the training ground and I’ve got to try and stay in the team and help them. There is a lot to carry on going and we will see where it takes us this season.’