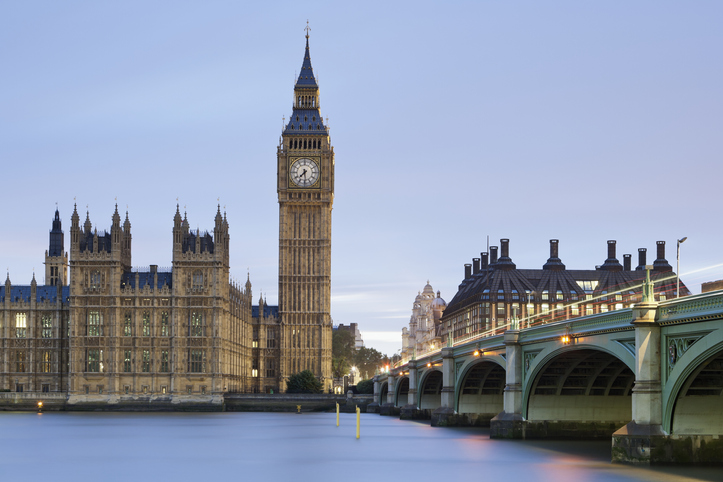 London’s an attractive capital – so it’s no wonder it’s starred on the silver and small screen.

Choosing the very best TV shows to have been set in the big city is an almost-impossible task, so this is list is by no means exhaustive.

Idris Elba stars as genius DCI John Luther in the BBC One drama, which began its run in 2010.

Luther uncovers the mysteries of some of London’s darkest crimes, and the series is set and filmed all around London, across East, Central, North and West London.

Viewers will recognise parts of Dalston, Bethnal Green, Southwark Bridge, Waterloo Station and Blackfriars Bridge, among many other landmarks and locations.

Where to watch Luther: Catch up on BBC iPlayer.

2018 political thriller Bodyguard was an exciting moment in British TV – as millions tuned in to watch Jed Mercurio’s limited-run series over the course of six weeks.

Given the show’s shocks and twists, we won’t say any more about the plot – but it naturally takes place in London, where the UK government is based.

The real 10 Downing Street wasn’t used in filming, instead it was dubbed by 8 John Adam Street in the small district of Adelphi in Westminster.

Madden’s character David Budd’s flat was shot at the Whittington Estate in Islington, while Hawes’ Home Secretary lived in Battersea.

Holborn, Highgate, Archway and Bloomsbury also make an appearance in the show.

Where to watch Bodyguard: Rewatch the series on Netflix UK.

It follows Olly Alexander’s Ritchie Tozer and a group of gay men living in the capital during the HIV/AIDS crisis.

Though it depicts being young, nightlife and growing up in London during that era – interestingly a lot of the show was filmed in further up north in Manchester, Bolton and Liverpool.

Where to watch It’s A Sin: Catch up the award-winning mini series on All4.

It’s been on our screens since 1985 (that’s 36 years) – and is famously set on the fictional Albert Square, in the fictional London borough of Walford in the East End.

Though the actual square isn’t real, it was based on reality: Albert Square is based on the look of Fassett Square in Hackney.

Apparently, the soap’s producers were not only inspired by the square, but its real life working class residents.

Where to watch EastEnders: Catch up on BBC iPlayer or Britbox, or tune into classic episodes on UKTV Drama.

Benedict Cumberbatch stars as the beloved detective in this adaptation of Sir Arthur Conan Doyle’s work.

Interestingly, this version of Sherlock takes the character out of Victorian London and imagines him in the present day.

The series often films in Central London, with North Gower Street in Bloomsbury standing in for famous (but rather busy) Baker Street.

Big Ben, the River Thames, and the London Eye also feature prominently in the opening credits.

Though it’s very much a London show, it was often filmed in Cardiff, too.

Where to watch Sherlock: There are plenty of places to watch: BBC iPlayer, Netflix, Britbox. Plus you can buy each series for £3.99 each from Amazon Prime.

Michaela Coel’s breakout role was in the TV show she wrote, Chewing Gum, as the virginal Tracey Gordon.

The E4 show was primarily filmed at the Andover Estate in Holloway, Islington.

Her next big hit, I May Destroy You, reached audiences around the globe via US network HBO and was nominated a massive nine Emmy Awards.

That was also set in the UK capital, shot largely in the London borough of Hackney.

90s sitcom Absolutely Fabulous was set in the London borough of Kensington & Chelsea.

Edina, played by Jennifer Saunders, lived at an address in ‘Holland Park’ (but really it was Shepherd’s Bush).

Though the real shooting location was in actual Holland Park. 30 Clarendon Road, to be exact.

The show, specials and subsequent films took Jennifer and co-star Joanna Lumley beyond London to Rabat in Morocco, New York, France and Switzerland.

Where to watch Absolutely Fabulous: All five seasons and the specials (Identity, Job and Olympics) are up on BBC iPlayer.

Only Fools and Horses ran from 1981 to 2003, and was famously set in the tower block Nelson Mandela House, Peckham, South London.

But interestingly, this fictional block was originally shot in Acton, West London – at Harlech Tower, part of South Acton Estate.

Sadly, the tower has been earmarked to be demolished and redeveloped into modern flats in 2025, according to the show’s fan site.

The front of the Trotters’ flat was later shot in Bristol. But other London locations included Chapel Street Market by Angel in Islington, Ealing, Chiswick, Holborn and Central London.

Where to watch Only Fools and Horses: Only one episode is available on BBC iPlayer, unfortunately. But re-runs air regularly on UKTV Gold, available on Sky and Virgin Media.

NOW TV (Entertainment Pass) and Britbox are two paid streaming services that have it, and you can pay per episode on Amazon Prime.

The Crown is a fictionalised account of Queen Elizabeth II’s life – spanning the 1950s to the 1980s.

And throughout the depiction of the Royal Family, we’ve seen a lot of London looking old-school and at times, quite spectacular.

Westminster’s Lancaster House has stood in for the real life Buckingham Palace – and fans will have also spotted the National Theatre Drury Lane and the Lyceum Theatre.

Where to watch The Crown: Netflix, of course!