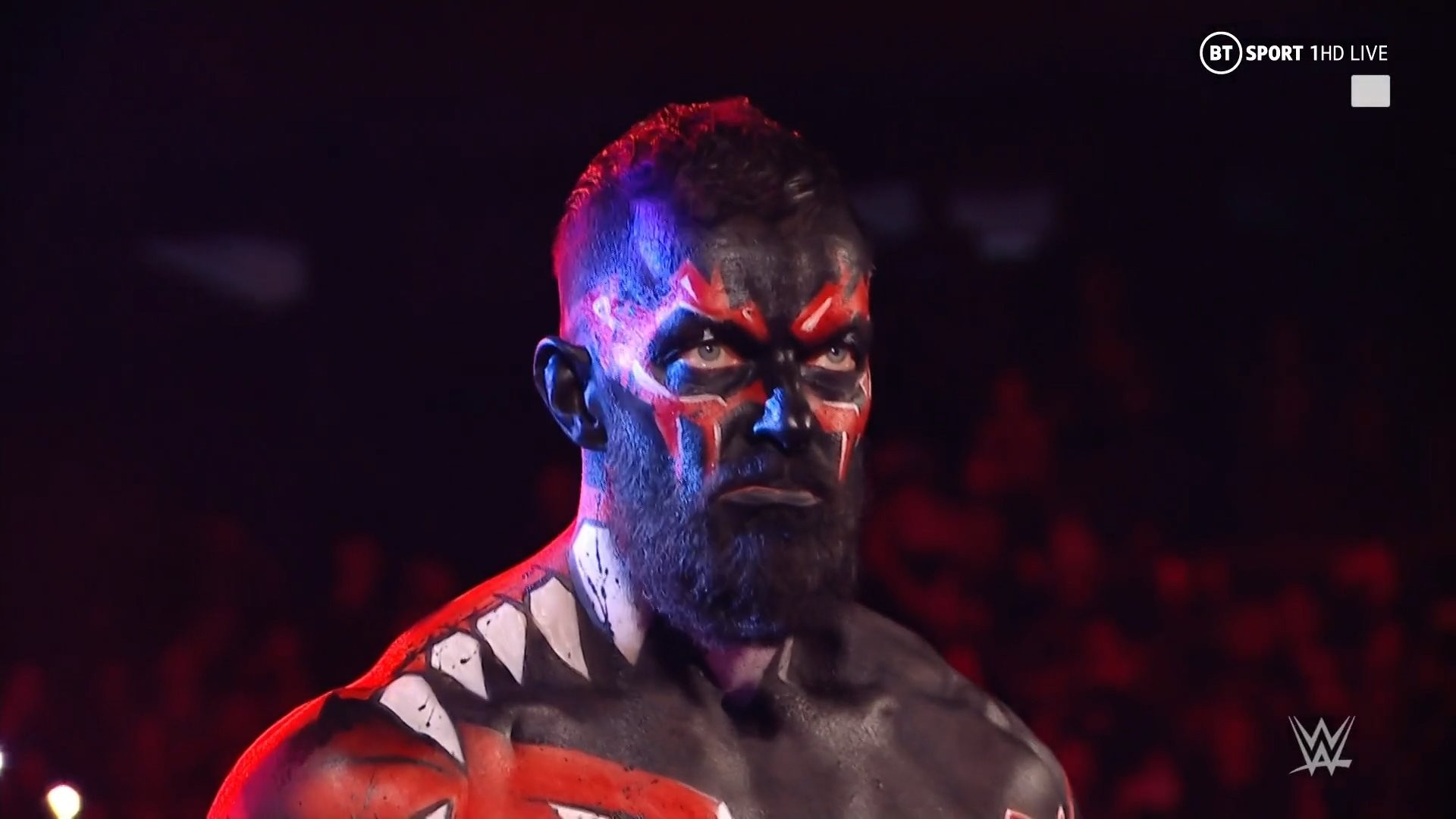 WWE fans saw the return of The Demon as Finn Balor brought back his alter ego on SmackDown to stare down Roman Reigns.

Madison Square Garden erupted as Balor came down moments after the Tribal Chief accepted Brock Lesnar’s challenge for a Universal Title match but only once he’s beaten Finn at Extreme Rules.

Clearly the first-ever Universal Champ has something to say about that, and he’s even bringing back a side of him fans haven’t seen in a long, long time to give himself an edge in their upcoming clash.

It was an exciting end to an enthralling night for the blue brand, with the sole downside by the lack of any women’s match on air.

The Bloodline started the show with Roman Reigns joined by The Usos and Paul Heyman as the Universal Champion addressed the crowd and called on them to acknowledge him, but the Beast Incarnate spoiled the party.

Heyman pleaded with his long-time associate, asking why he chose the Tribal Chief’s title to chase upon his return – but Brock turned the tables and asked why his former advocate didn’t tell Roman he’d be at SummerSlam, which led to The Bloodline leaving him high and dry.

Paul sleazily slipped back into his old schtick but it didn’t go to plan, and the trio had to make the save before Lesnar could drop him with an F-5.

A Superman Punch and a few superkicks couldn’t keep him down as the Beast knocked both Jimmy and Jey down with a double clothesline as the Head of the Table made a swift exit.

They stormed backstage leaving Heyman to talk to Kayla Braxton, who asked about Lesnar’s title challenge – with Paul saying Reigns will respond when he’s ready, which ended up being after the huge main event.

That match saw The Usos just about cling onto the SmackDown Tag Team Titles in a glorious match which ended when Street Profits looked to have it won when Roman stormed the ring for the DQ.

The Bloodline’s celebrations were cut short as The Demon came out, standing face to face with Reigns and offering a hint of what’s to come.

Before the bell, Zayn riled up the MSG crowd by bringing out NBA star Trae Young – who has real bad blood with New Yorkers – to a chorus of boos, and this made for a fantastic moment where he got thrown out for interfering.

In the end, Zayn got taken out with a double 619 and Big Ending as the babyfaces won, and Big E cut a promo after the bell teasing his eventual cash-in, which he later reiterated backstage to Paul Heyman.

Up next, Bianca Belair came out next for her contract signing, admitting she lost respect for Becky Lynch after she blindsided her at SummerSlam and took the SmackDown Women’s Title.

She put her name on the dotted line before The Man came out, railing on the fans for turning on her after she left her baby at home to make a sudden comeback.

Fans actually booed Lynch and cheered for the EST of WWE, goading the champ into signing and making the Extreme Rules match official.

A fantastic show kept up the momentum with a SummerSlam rematch between Edge and Seth Rollins, with a highlight coming when the Drip King played mind games and hit Beth Phoenix’s Glam Slam before the Rated R Superstar responded minutes later with a Pedigree.

This was an instant classic, a WrestleMania worthy match playing out for free on TV and coming to an end when Rollins unleashed superkick after superkick on Edge before finally pinning him after a Stomp onto the surgically repaired neck.

The Hall of Famer was stretchered out, suggesting he’ll be off screen now for quite some time.

Rollins saw his rival taken out in an ambulance but seemed to show some remorse as he appeared shook up, insisting he didn’t know how he was meant to feel.

*WWE SmackDown airs Friday nights at 1am on BT Sport 1.


MORE : WWE legend Edge stretchered out of arena on SmackDown after brutal match with Seth Rollins


MORE : Finn Balor reveals why Demon King didn’t work in WWE and how NXT saved his career after burnout