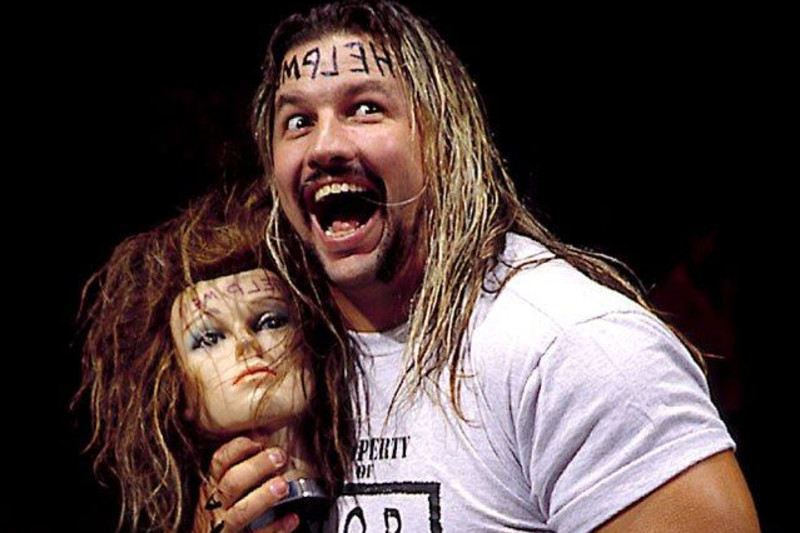 Former WWE superstar Al Snow saved a young child’s life this week by jumping into the ocean to pull him from a riptide.

The 58-year-old retired wrestler – known to fans of the Attitude Era for carrying around and talking to a mannequin head simply called Head – saved the boy’s life at Santa Rose Beach in Destin, Florida.

As revealed by TMZ Sports, Snow heard screaming while he was in the sea, and looked to see a boy being hit by waves and pulled away by a strong current.

Although there was a lifeguard on duty, he didn’t think she was ‘going to make it in time’, so he decided to do what he could.

He told the publication: ‘I made it, thank God. And, I caught him just by the arm just as a wave started to pull him even further out.

‘If I hadn’t have grabbed him, I think he’d have probably went out to sea. That would have been it.’

There was a horrible moment for the former European Champion, as a wave took them both under and reminded him of wrestler Shad Gaspard, who tragically died in May last year after urging lifeguards to save his own son when they both got caught under a strong rip current.

The star, who leaped into action on Thursday, explained he felt ‘exhausted’ afterwards, and he quickly handed the boy over to the lifeguard.

Snow added: ‘I was able to stay up and hand him off to the lifeguard, and I made my way back across to my friend and we went up on the beach and I felt like I was about to collapse. I was exhausted.’

Thankfully, it’s said neither the wrestler nor the boy suffered any injuries in the incident, and the youngster’s mum repeatedly thanked Snow for his actions.

Some people on the beach even recognised Snow from his days in WWE, which provided a lighthearted twist after the situation was in order.

During his time with the company, Snow – who also worked for ECW and TNA Wrestling during his lengthy career, before buying and running Ohio Valley Wrestling since 2018 – also held the Hardcore Title six times and captured tag team gold with Mankind.