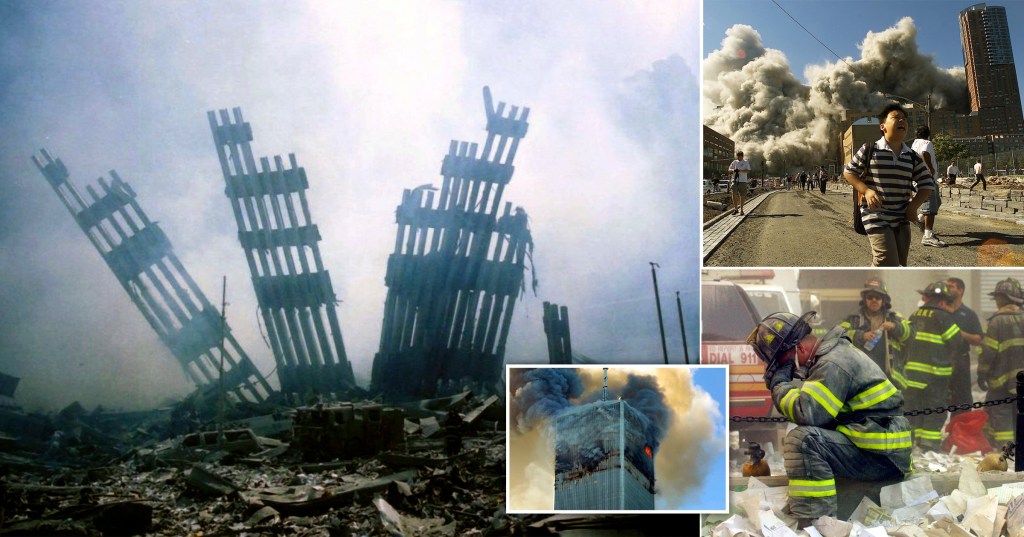 Twenty years on, images from September 11, 2001 continue to rank among the most powerful ever captured.

It was Osama Bin Laden’s intention to create a spectacle to shock the world when he sent 19 of his acolytes to the US to hijack four aeroplanes.

By the end of the day, the world knew the image of smoke rising above America heralded the start of a new era.

In less than a month, American tanks rolled into Afghanistan and the War on Terror began.

The images captured of the attack and the immediate aftermath continue to haunt and frighten.

As well as the horror, what they also captured for posterity are some of the most moving images of human resilience, bravery and compassion in existence.

If the crumbling towers are the most memorable images of September 11, the second are those pictures of firefighters, police officers and volunteers running head first into the chaos to save lives. Hundreds didn’t come back.

A total of 2,977 people died on September 11 in New York, the Pentagon attack and United Airlines 93 hijacking.

Thousands more were injured or live with ongoing health effects.

For all who lived through it, the 9/11 attacks continue to be a traumatic memory and these are the images that we will never forget.