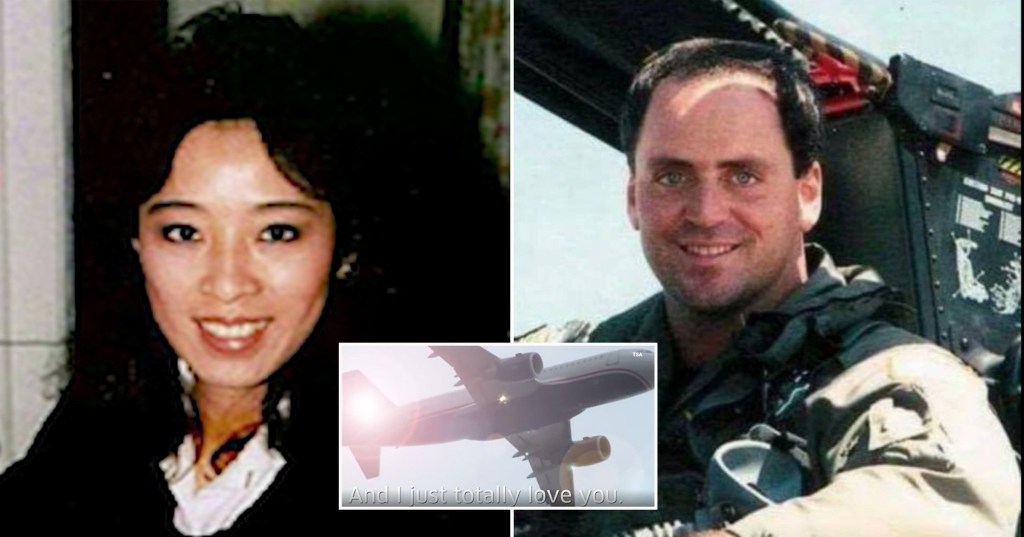 As the 20th anniversary of the 9/11 terrorist attack approaches, the world is beginning to reflect on the awful events of that day which still remain vivid in the minds of so many people.

The attack – which saw four planes flown into the Twin Towers of the World Trade Center, the Pentagon and Pennsylvania on September 11, 2001 – still remains one of the most shocking events in living memory.

Exactly 2,996 people died, including all 265 on board the four planes, and approximately 25,000 more were injured in the events which sent shockwaves across the world.

In terms of the death toll it remains the worst terror attack in history, and the most lethal foreign attack on America since the bombing of Pearl Harbor in 1941 during World War II.

Although 20 years have passed, the individual stories to have come out of that day remain heartbreaking, courageous and incredibly moving.

Brian Sweeney was a passenger on United Airlines Flight 175, which is the plane which crashed into the South Tower in New York.

He called his wife Julie from the plane after it was hijacked, around three minutes before it hit the World Trade Center.

Here is the message he left her:

Jules, this is Brian listen, I’m on an airplane that’s been hijacked. If things don’t go well, and it’s not looking good, I just want you to know I absolutely love you.

I want you to do good, go have good times, same to my parents and everybody, and I just totally love you. And I’ll see you when you get there. Bye, babe. I hope I call you.

Julie later explained her husband was a Navy pilot who had served in the first Gulf War, and she believes he would have tried to do something about the attack when he was on the plane.

Speaking in 2014, she said: ‘You hold out this hope, especially for someone like Brian who, this is a silly way to put it, but he was a warrior.

‘And you just didn’t believe that something like this could take him away.

‘So you hold out this hope until it’s validated somehow.

‘And all I needed was that message. And I think he very selflessly left it. I don’t think he left it until he knew that he wasn’t coming home.

‘When I got it, it was just so Brian and it was his final request of me. And his final way to let me know that… he was gonna be ok.

‘And that he believed that he’d see me again. And that’s all I needed to know.

‘I’m thankful for it. So thankful for that message because at least I know without a shadow of a doubt what he was thinking.

‘The calmness in his voice soothed me. So I do have that. And because it’s on a message I’m able to share it with anybody that wants to hear it. And it’s very powerful.

‘He made very powerful statements with that message.’

Another victim of the attack was Melissa Doi, who worked as a manager at IQ Financial Systems, based on the 83rd floor of the South Tower.

She was a graduate of Northwestern University in Illinois and aspired to become a ballet dancer.

She dialled 911 around 15 minutes after her tower was hit by Flight 175 at 9.03am, which Brian was on. She was trapped on her floor alongside five other people.

When the operator answered, Melissa said: ‘Well, there’s no one here yet, and the floor’s completely engulfed. We’re on the floor and we can’t breathe. And it’s very, very, very hot.’

The operator attempted to keep her calm, explaining the emergency services were on their way and trying to get to them.

Melissa added: ‘Everybody’s having trouble breathing, some people are worse… than others.’

As the tower burned around them, she asked the operator: ‘Can you stay on the line with me, please? I feel like I’m dying.’

Only the first four minutes of the 24-minute total call were published, for privacy reasons.

Near the end of the call she asks the operator to set up a three-way call with her mum so she could speak to her for one last time.

The operator said: ‘We couldn’t put her on. We don’t have a three-way system for that.’

As smoke and heat began to overcome her, she gave the operator a message to be passed on to her mum. The call then cut off.

That evening the operator called Melissa’s mum, Evelyn Alderete, and read her this message: ‘Tell my mother that I love her and that she’s the best mum in the whole world.’

It took three years for Melissa’s body to be found among the rubble.

These are just two recordings out of 1,600 released to the public in the years following the attack.