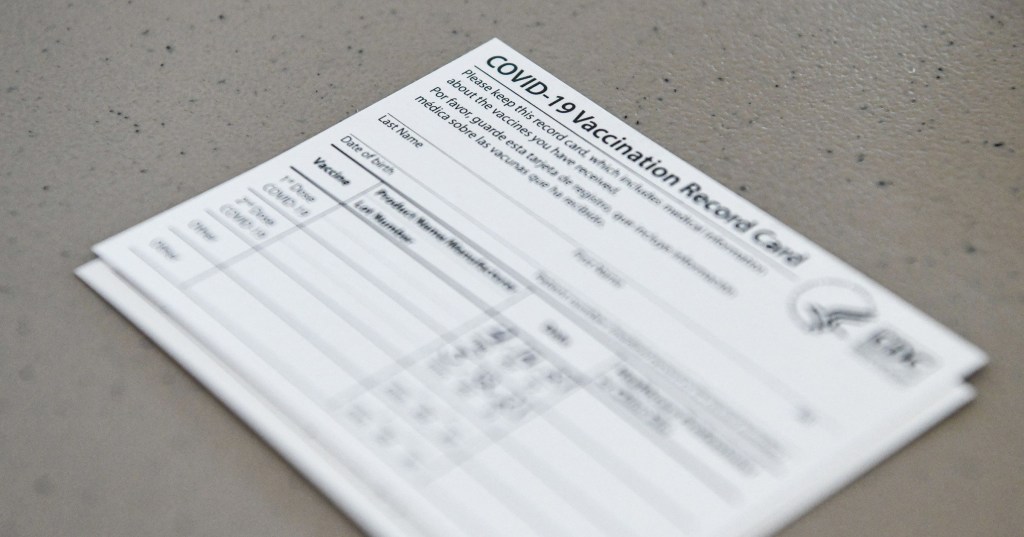 Vermont State Police trooper David Pfindel submitted his resignation effective Friday after a probe by the Department of Public Safety, according to a press release from the force. Shawn Sommers and Raymond Witkowski stepped down on August 10, which was the day after a fellow trooper reported their alleged conduct to supervisors.

The three troopers are suspected of playing different roles in crafting the fake Covid-19 vaccination cards – an act that could violate federal law. The state police alerted the Federal Bureau of Investigation (FBI) as well as the US Attorney’s office in Burlington.

A probe is ongoing, which prevented state police from disclosing details until the statement that was released on Tuesday.

‘The accusations in this case involve an extraordinary level of misconduct – a criminal violation of the law – and I could not be more upset and disappointed,’ stated Col Matthew Birmingham, who is director of the state police.

‘If these allegations are proved to be true, it is reprehensible that state troopers would manipulate vaccination cards in the midst of a pandemic, when being vaccinated is one of the most important steps anyone can take to keep their community safe from Covid-19.”

Pfindel was hired and assigned to the St Albans Barracks in January 2014 and became a detective trooper with the Bureau of Criminal Investigations in July 2016, before returning as a road trooper in April 2020. Sommers and Witkowski joined the state police in July 2016 and were assigned to various field stations.

Vermont Public Safety Commissioner Michael Schirling stated that it did not appear that the state police could have done anything to prevent the alleged crime, based on an initial review.

‘As soon as other troopers became aware of this situation, they raised the allegations internally, and commanders took swift and decisive action to hold these individuals accountable and report this matter to federal authorities, Schirling said.