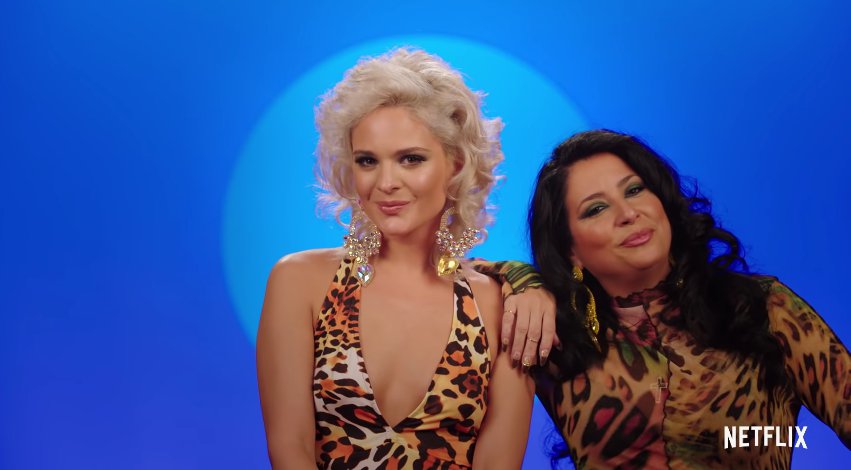 The Circle US is back and viewers are already loving the twist which sees sisters Ava and Chanel Capra joining forces to catfish fellow contestants.

The third season of the hit Netflix series sees another bunch of hopefuls move into the block of flats in order to take part in the addictive reality competition series.

With a $100,000 (£73,521) cash prize up for grabs, the nine strangers are doing all they can to avoid being ‘blocked’ or eliminated from the game as they get to know each other through The Circle.

The sister-duo is seen trying to do their best to convince the rest of The Circle that they are one person, but that is easier said than done.

So who are Chanel and Ava? Here’s what we know…

Who is Ava Marie Capra?

Ava is a 26-year-old influencer from New York who has since moved to Los Angeles.

The singer and model might be familiar to reality TV fans after she competed in season 22 of American’s Next Top Model in 2015.

The proud Italian also has her own YouTube channel, where she boasts 1.04k followers, while she has 227k followers on Instagram.

Ava’s first love lost his battle to brain cancer back in April 2019. In a tribute Instagram post to him, she described him as a beautiful soul.

Who is Chanel Marie Capra?

Chanel is Ava’s older sister and the 43-year-old works as a producer, screenwriter and actress.

She is also the co-founder of Bella Mafia Entertainment, a development company focused on the creative direction of diverse talents and brands.

Chanel has previously appeared in many famous movies and series such as Nora’s Hair Salon and Free Willy 2: The Adventure Home.

She has also worked alongside Nicki Minaj after serving as the location manager for the rapper’s TV Movie documentary, Nicki Minaj: My Time Now.

She boasts 10k followers on Instagram so she certainly has the credentials to play social media manager for her sister on the reality series.

The Circle season three is available to stream on Netflix from September 8.