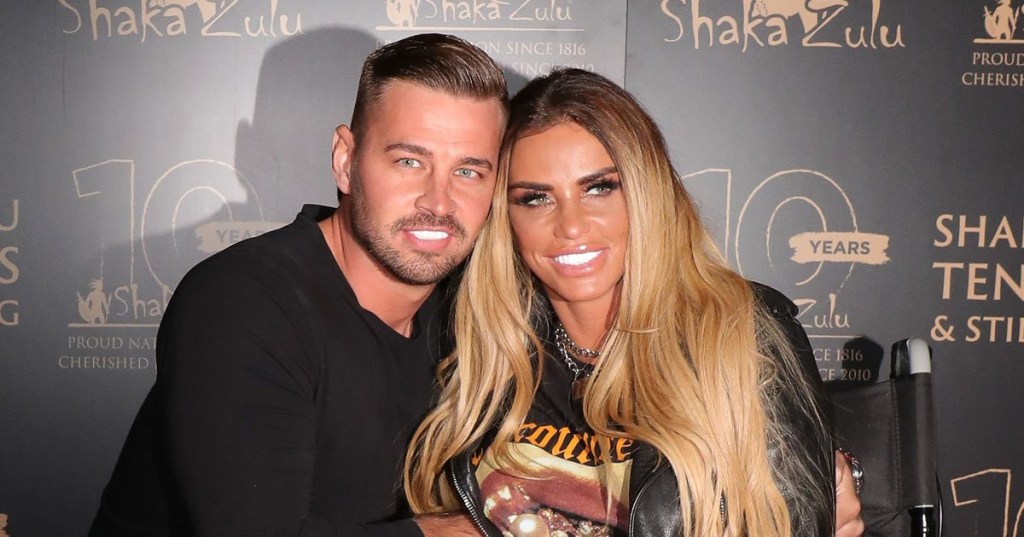 Katie Price’s fiancé Carl Woods spoke out with a strongly worded statement after his fiancée was allegedly assaulted.

The former glamour model was taken for treatment after sustaining facial injuries when police were called to where she was staying on August 23 following an incident.

An unnamed man was arrested on suspicion of assault, and was later released on bail.

Speaking out over the allegations for the first time, Carl vowed the ‘truth will be told’ and insisted those who accused him of committing the alleged assault are ‘completely delusional’.

Taking to Instagram, he shared a statement with his 199,000 followers, and posted the same message on his story.

‘I have remained quiet until now due to the investigation being carried out by the police however I have found it so difficult to keep quiet on social media due to the speculation and shocking abuse that I have received,’ he said.

‘Anybody who thinks I hit Katie, you’re completely delusional and have no idea of the reality of this situation.

‘I have never and never would do anything to hurt Katie. The truth will be told.’

In April, the couple revealed they were engaged, making Carl Katie’s fourth engagement.

Who is Carl Woods?

The 31-year-old is a car dealer who hails from Essex.

Katie and her kids make regular appearances on his social media page, alongside their pet dogs.

He may look familiar to some as he appeared on Love Island in 2016 alongside Olivia and Alex Bowen.

He also made an appearance on ITV2’s Killer Camp in 2018.

How long has he been dating Katie Price?

Carl and Katie have been dating for just over a year after they were introduced by a friend during lockdown.

Katie is said to have been introduced to Carl through a mutual friend and they began dating in June.

The couple went public with their relationship in July 2020, when they were pictured sharing a passionate kiss outside Carl’s home in Essex before heading to Sheesh for a lunch date.

Katie was rushed to hospital at 1.30am last month when she was allegedly assaulted in an unprovoked attack.

A man in his 30s was arrested for assault, theft, and coercive and controlling behaviour, and was later bailed amid a police investigation.

A police statement shared with Metro.co.uk confirmed: ‘A 32-year-old man arrested on suspicion of assault, theft and coercive and controlling behaviour has been released on bail until 20 September.’

When is the Katie and Harvey Price documentary on?

In an interview, Katie later recalled running away to her eldest son Harvey’s house, after she was ‘punched’ in the face.

The mum-of-five has not been seen in public since, and has pulled out of scheduled red carpet appearances.


MORE : JoJo Siwa all smiles as she kisses girlfriend after leaving Dancing With The Stars practice


MORE : I’m A Celebrity… Get Me Out Of Here castle vandalised hours before being handed over to ITV