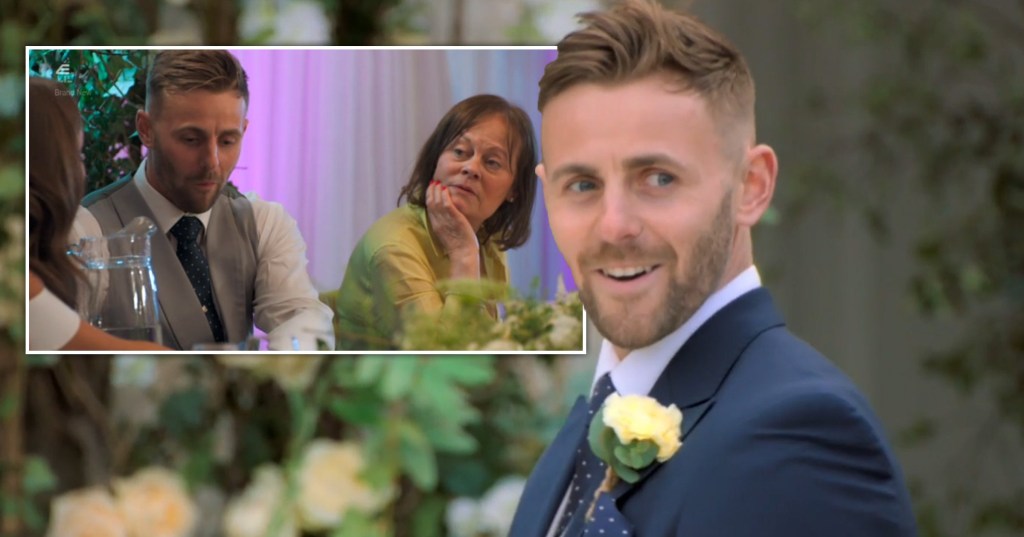 Married At First Sight UK saw two couples marry tonight including Tayah and Adam, but the bride’s parents weren’t quite so pleased about the big day.

After being put together by a team of matchmakers, Mel Schilling, Paul C Brunson and Charlene Douglas, the pair were one of eight couples who will walk down the aisle this season.

However, 25-year-old Tayah had a tough time after it soon emerged her family really hadn’t got behind the idea.

She told the cameras: ‘Dad’s not coming to the wedding, he didn’t agree with the experiment.

‘It’s obviously upsetting but I’m worried about my mum. If my mum wasn’t there I’d find it really hard,’ she said.

Luckily, Tayah’s mum did decide to show up to the wedding against all the odds but made her disdain for the process clear during the reception.

Asking her new son-in-law about why he wanted to sign-up to the process, he said: ‘I’ve sort of spoke to people before but known not the sort of right one.’

He said off camera he was ‘getting a bit of a grilling from Tayah’s mum.’

She continued to lay into him, warning him they didn’t have to stay together.

Tayah’s mum said: ‘I know what you’ve been through today and don’t go forward thinking you have to stay together.

The bride soon stepped in and asked her mum to ‘calm down’ but it didn’t stop her from making her feelings very clear.

‘Ultimately, whether you be together or not you’ve got to go back out into the world and got to be able to hold your heads up and not be ashamed of anything

After giving her thoughts on the occasion, she added: ‘I still find the circumstance quite bizarre…they can’t manufacture the spark.’

‘Whether I’ve done enough I don’t know, I’ll just carry on trying to prove myself all the way through,’ he said.

Hollyoaks spoilers: Summer returns for deadly revenge on Sienna and Brody – but who dies?

Hollyoaks spoilers: Misbah comes clean and tells Shaq she’s his mum: ‘I am your mother!’

It came after Tayah sat down with her mum to discuss the upcoming nuptials, earlier on in the episode.

‘What do you think about it?’ Tayah asked.

‘What, you marrying a perfect stranger?’ her mum hit back, adding: ‘That wasn’t what I was hoping or expecting.’

She told the cameras: ‘It’s a bit of a drastic way going about getting a partner. It’s obviously strange. I think it’s weird.’