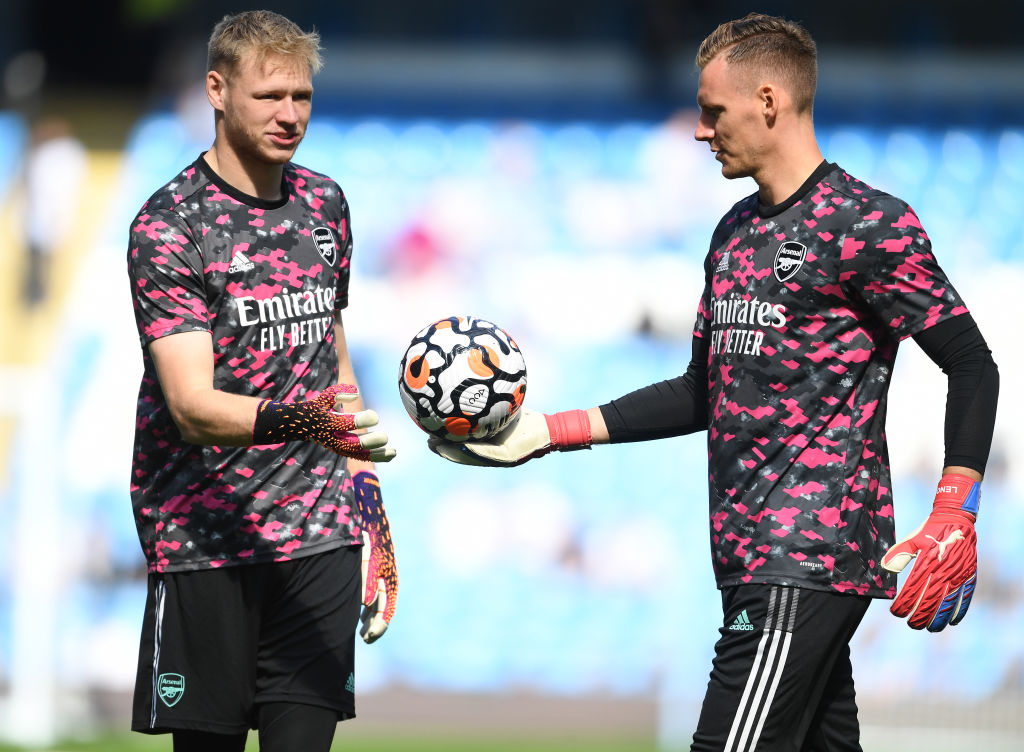 Arsenal summer signing Aaron Ramsdale has told friends he expects to start the club’s next Premier League match ahead of Bernd Leno, according to reports.

The Gunners will be desperate to secure their first win of the season on September 11 when newly-promoted Norwich City visit the Emirates.

Arsenal have endured their worst-ever start to a Premier League season after suffering an opening-day defeat to Brentford, losing at home to London rivals Chelsea and being thumped by defending champions Manchester City.

Germany international Leno conceded five goals at the Etihad last weekend and, while he was not massively at fault for the defeat, Arteta may consider changing goalkeepers for next weekend’s crucial match against Norwich.

The Gunners spent an initial £24m to sign Ramsdale from Sheffield United this summer and the 23-year-old naturally wants to replace Leno as Arsenal’s first-choice shot-stopper.

According to The Sun, Ramsdale even expects to start against Norwich, having made his Gunners debut in the 6-0 Carabao Cup victory over West Brom.

Ramsdale’s move to Arsenal raised some eyebrows, with the goalkeeper suffering relegations from the Premier League at both of his former clubs, Sheffield United and Bournemouth.

But the former England U21 international is confident he can prove to be a success in north London and recently warned Leno that he did not intend to play an understudy role this season.

‘Competition is key and it’s also a great place to be,’ he said. ‘Bernd’s done a fantastic job over recent seasons and I’m here to push him all the way and take his shirt.

‘That’s for me to achieve and for him to keep in front of me. Healthy competition is always going to be good for the group and hopefully I can just bring something different to the goalkeeping department but also to the team as well.

‘We all have different qualities and hopefully we can all merge together and form a great team.’

Leno has spent three seasons at Arsenal but looks set to leave the Emirates next summer, with the club not currently planning to offer him a contract extension. Inter Milan have expressed interest in signing the goalkeeper.