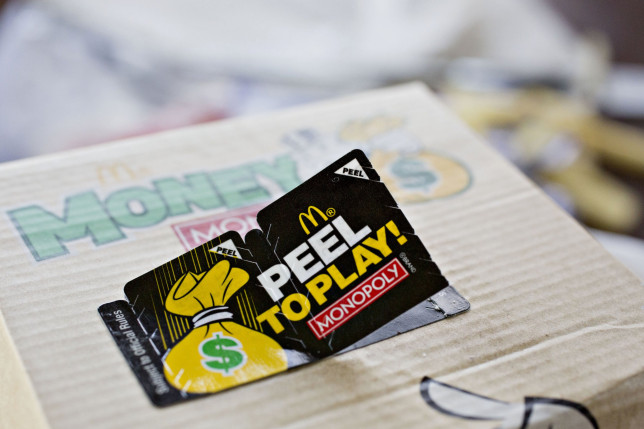 After a two-year absence due to the Covid pandemic, McDonald’s Monopoly has returned, much to the delight of diners.

At the moment anyone who eats at Maccy D’s could win anything from free food to a holiday in Ibiza – or even a not-to-be-sniffed-at £100,000.

The 2021 Monopoly was originally meant to start in March, following the winter lockdown, but was ultimately postponed – meaning we’ve had a long wait for the new game to start.

You’ve still got time to play if you’ve not had the chance yet – but just when does the chain’s Monopoly season come to an end?

When does McDonald’s Monopoly end?

According to McDonald’s official website, you’ve got until the start of October to play Monopoly.

The site says: ‘You will be able to buy promotional food items by going to a participating McDonald’s Restaurant and to start playing the Collect to Win and Instant Win games from 11am on 25th August 2021.

In other words, you’ve got just over a month left.

Prizes which are won in the online game have to be claimed by October 5 – but if you win a food prize you have until October 19 to claim it.

If you win a non-food prize, meanwhile, the last date for claiming it is November 5.

Some discount prizes may be redeemed at a later date, but you should check the rules of the game to see what these are and when they need to be claimed by.

Who can play McDonald’s Monopoly?

McDonald’s Monopoly is open to anyone over the age of 16, who is resident in the UK, Isle Of Man or the Channel Islands.

Those who are indirectly associated through a family or household member are also ineligible to take part.