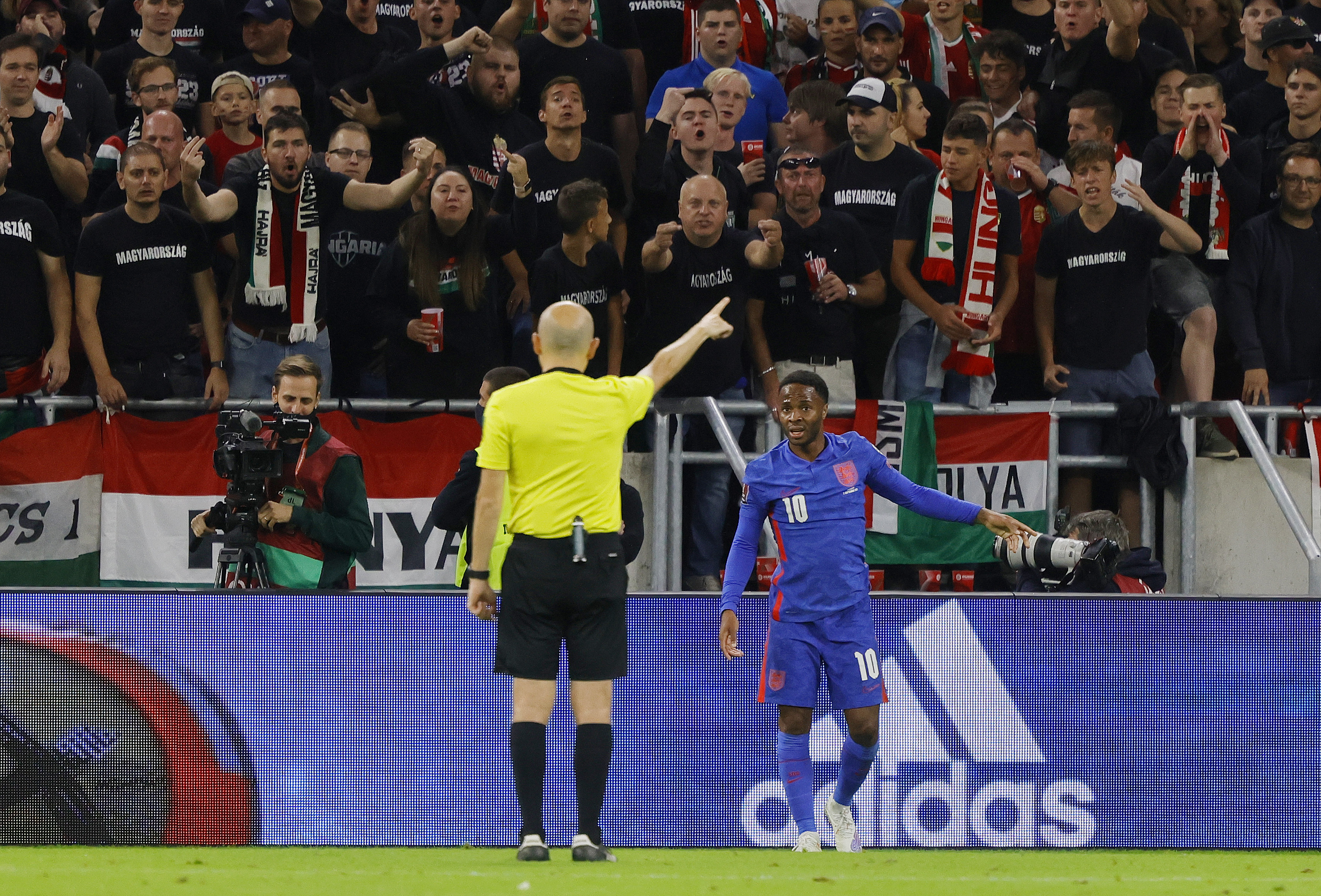 Ian Wright labelled Uefa and Fifa ’embarrassing’ after England’s 4-0 win over Hungary was marred by monkey chanting and called on football’s governing bodies to ‘come down hard’ on racism rather than making ‘laughable’ gestures.

Second-half goals from Raheem Sterling, Harry Kane, Harry Maguire and Declan Rice sealed a comfortable victory for the Three Lions in Budapest to maintain their 100 per cent record in World Cup qualifying.

But unsavoury scenes in the home crowd overshadowed the occasion, with Sterling and England’s youngest player, Jude Bellingham, subjected to sickening racist abuse during the Group I clash.

Many had predicted these events unfolding prior to kick-off, with Hungary ordered to play their next three Uefa competition games behind closed doors due to racist abuse and homophobic banners at the Puskas Arena during Euro 2020.

However, a full-capacity 60,000 crowd packed into the stadium as Thursday’s qualifier was being played under Fifa jurisdiction.

‘You can’t believe that two organisations can’t get together and give them a three-match ban,’ an impassioned Wright told ITV Sport shortly after England’s win.

‘The sad thing is that black players will know – especially when there’s a full stadium there – that they are going to get racially abused because they’re banned as it is, they’re allowed back in so as soon as someone like Sterling is getting fouled, they know they’re going to get the abuse.

‘We’ve got to say ourselves, like Gareth so rightly said, we’ve got our own problems. It’s only a couple of weeks ago that someone got arrested for abusing Jadon Sancho.

‘So, of course, we’ve got our own problems but that doesn’t mean you can’t condemn that kind of behaviour.’

The ex-England and Arsenal striker added: ‘The banners, the videos, the armbands, the everything, the gestures… they don’t do anything.

‘It’s all laughable, they don’t do anything. You’ve got to come down hard on people.’

In a brief statement released shortly after the final whistle, the FA confirmed they would be asking Fifa to open an investigation into what took place at the Puskas Arena.

‘It is extremely disappointing to hear reports of discriminatory actions towards some of our England players,’ it said.

‘We will be asking Fifa to investigate the matter.

‘We continue to support the players and staff in our collective determination to highlight and tackle discrimination in all its forms.’