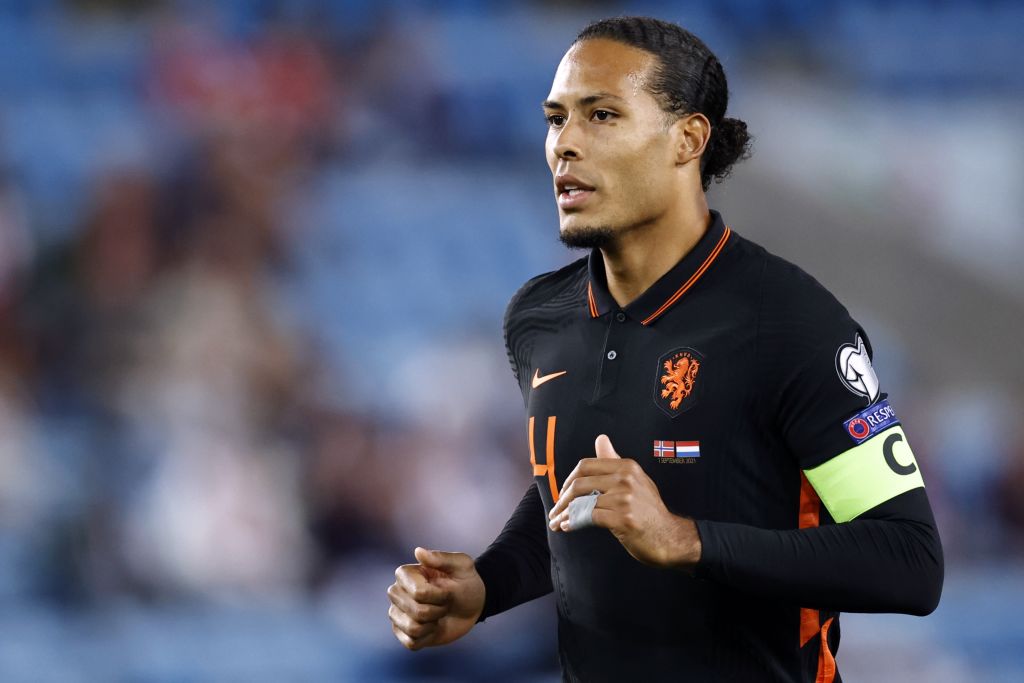 Virgil van Dijk was less than impressed as a fan interrupted his post-match interview after the Netherlands’ 1-1 draw with Norway, shoving the selfie-seeking intruder to one side to finish his answer.

Wednesday’s World Cup qualifying match was billed as a clash of the titans between Van Dijk and Erling Haaland and the latter got off to a dream start in Oslo, capitalising on some lackadaisical Dutch defending to give the hosts an early lead.

Davy Klaassen directed home Georginio Wijnaldum’s cross to equalise in the 36th minute and Haaland came closest to securing a second-half winner only to be denied by the post.

The result meant the Netherlands – led by Louis van Gaal in the first game of his third spell in charge – missed out on the chance to overtake Group G leaders Turkey, who drew 2-2 at home to Montenegro.

Van Dijk, wearing the captain’s armband for the visitors at the Ullevaal Stadion, appeared to have a dislocated finger put back in place in gruesome scenes shortly after the half-time break.

With that in mind, it’s hardly surprising he had little patience as an overzealous supporter ran onto the pitch and disrupted his chat with Dutch television after the full-time whistle.

The visibly annoyed Liverpool defender pushed the intruder from the platform with a firm hand to the chest before gathering his composure and calmly continuing with the interview.

The Netherlands will hope to return to winning ways this weekend when they play host to Montenegro at Eindhoven’s Philips Stadion.

Fourth-placed Norway trail the Dutch only on goal difference and will look to ramp up the pressure on Van Gaal’s side with victory away to Latvia on Saturday evening.

On his side’s draw with Norway, a downbeat Memphis Depay said: ‘It was a very disappointing result in a frustrating match.