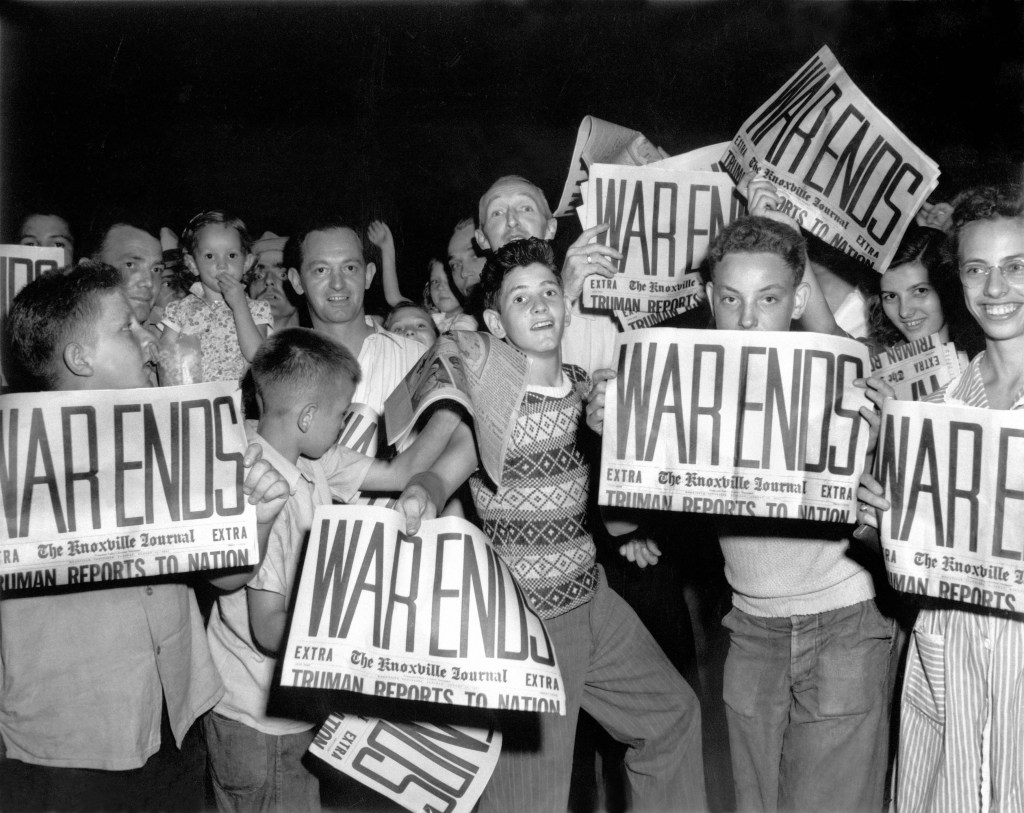 Today marks 76 years since Japan unconditionally surrendered to the US, marking the end of the Second World War.

The war killed an estimated 75 million people, including troops and innocent civilians, across 30 different nations.

But how did the war come to an end, and why does the US mark a different date to Europe?

Here is all you need to know.

When did World War II end?

World War II ended in 1945 after six years of fighting – but the exact date the war ended varies depending on what country you are from.

In Europe, the war concluded on May 8, which is annually celebrated as Victory in Europe Day (or VE Day).

However, elsewhere in the world such as the US and Japan, the officially recognised date is September 2.

How did World War II end?

In Europe, the war ended following the fall of Berlin to Soviet troops, Adolf Hitler’s suicide, and Germany’s unconditional surrender on May 8.

The Nazis were taken down a year after Britain, France, the US, Canada, and other allies landed in Normandy, France. Two enormous military forces, approaching from the east and the west, eventually wore the axis powers down.

In the rest of the world, World War II ended when U.S. General Douglas MacArthur accepted Japan’s formal surrender aboard the US battleship Missouri, anchored in Tokyo Bay.

The war between the US and Japan had started with the Japanese bombing of Pearl Harbor in Hawaii on December 7, 1941.

The Japanese surrender in 1945 occurred after the US dropped atomic bombs on Hiroshima and Nagasaki on August 6 and 9, respectively.

The bombings killed 77,500 civilians, and injured many more, leaving Japan no choice but to surrender.

The date of the Japanese surrender is known as Victory Over Japan Day, or VJ Day.


MORE : Two-bed London home with hidden underground WWII bunker is on sale for £800,000